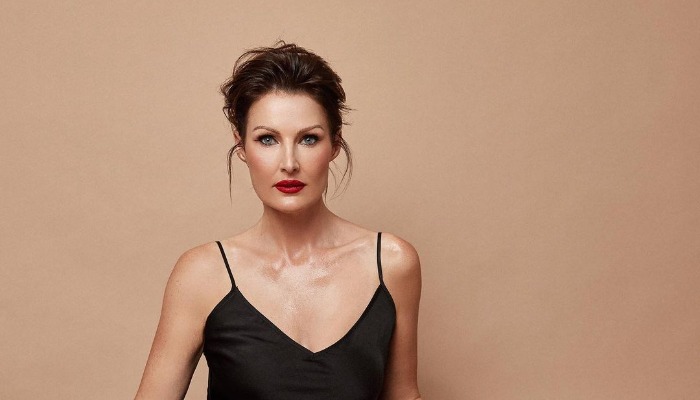 Sheri Nicole, or Sheri Easterling, is popular due to her daughter Addison Rae being a social media star. She was a professional engineer and photographer before becoming an Internet star.

As her daughter’s fans are curious about her, she made her own TikTok account.

It portrays her daily life, fashion, dancing videos with the other family members: her husband and three children. One of her most popular TikTok videos is titled Cotton Eyed Joe.

In January 2020, Nicole signed a contract with a talent agency named WME along with the other family members.

Then, in July 2020, she dropped a merchandise line, a pink hoodie, with a design stated “mama knows best”.

In the same month, the former engineer also launched a podcast with her daughter titled Mama Knows Best.

Throughout her career, she has collaborated with many Internet celebs. The majority of them are Addison’s friends, such as Charli D’Amelio, Avani Gregg, and Chase Hudson.

2. A mirror selfie from the TikTok star!

3. The clear blue sky as the background is amazing

5. She is definitely a sporty mother!

Sheri Nicole is a trendy mother that keeps up-to-date with the current social media trends. Stay young and pretty, Nicole!