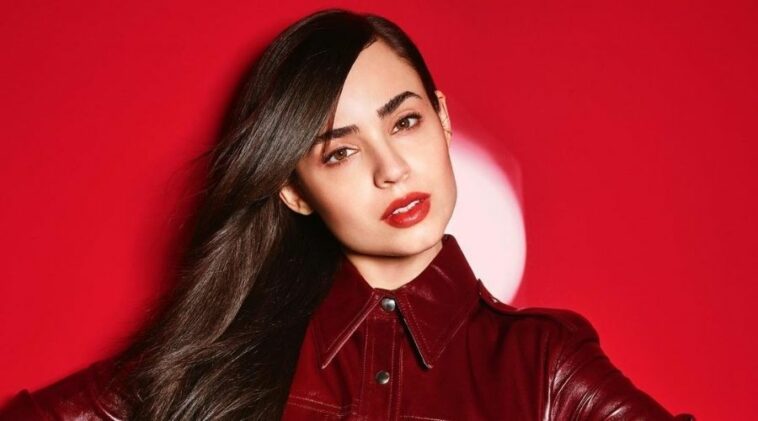 Sofia Carson has a long journey during her entertainment career, started in 2012 when she became a singer-songwriter and signed with BMI.

Two years later, Sofia debuted as an actress when she became a cameo for a Disney Channel series, Austin & Ally (2014) as Chelsea.

In the same year, she also got a recurring character as Soleil for Faking It, an MTV series.

She also began her popularity by starring in Descendants (2014) as Evie, the Evil Queen’s daughter from Snow White.

Sofia continued her career in acting by becoming a co-lead role for Adventures in Babysitting (2015).

In 2016, she came back to her music career, by releasing her debut single called Love Is the Name on April 8, 2016. She also appeared in A Cinderella Story: If the Shoe Fits as a leading role.

Sofia gained her popularity again by releasing a single titled Back to Beautiful on January 27, 2017, together with Alan Walker.

In 2017, she also came back appearing as Evie for Descendants 2 and gave her a nomination as Best Supporting Actress for Imagen Award.

One year later, in 2018, she then starred in Pretty Little Liars: The Perfectionists.

She also became a featured singer for Rumors by R3hab, Different World by Alan Walker, and San Fransisco by Galantis.

In 2019, Sofia appeared again in Descendants 3 as Evie. One year later, in 2020. she was a cast of Songbird and played a role as Sara.

Even though the pandemic hits 2020 hardly, Sofia didn’t stop her career. In that year, she also became a global ambassador of Revlon and launched her collection with that beauty brand.

Sofia Carson filled her life with exciting things, joy, and productivity. No matter how hard the condition is, she always keeps going.