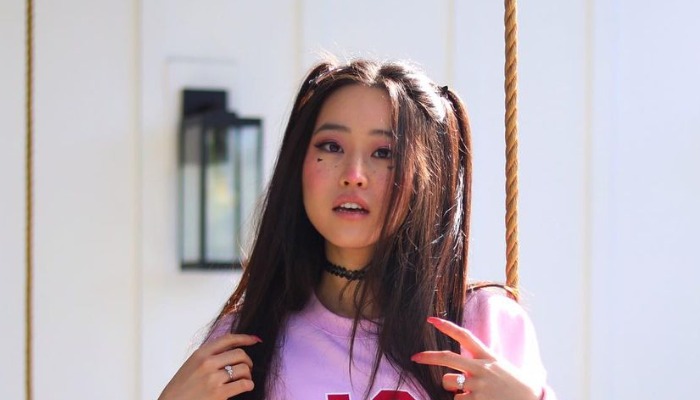 Stephanie Soo becomes a well-known internet personality through her mukbang or eating show. She started uploading on Youtube since 2017.

Her first ever video showed Stephanie eating frozen burrito with chips and guacamole. This Sagittarius girl has since deleted the video.

But she has recreated it in 2020 video titled RECREATING MY FIRST MUKBANG! *deleted video.

At first, Stephanie mainly focused on showing the delicious food and giving it a little review. She displayed the food beautifully in front of her, adding to the aesthetics.

As the years pass, the girl from South Korea began to incorporate story telling into her Mukbang videos.

It started with her own stories, but Stephanie eventually began to share crime and mystery stories too.

This addition makes her Mukbang more interesting and gets people to turn up for her almost daily show.

Other than doing Mukbang videos, this famous Youtube star also uploads vlogs, cooking videos, and some challenges. This is mainly done on her second channel MissMangoButt.

Her fiancé also would often make appearance. But he never shows his face, only showing his hands or wearing a big panda mask. Still, their cute interactions are something to look forward to.

1. Stephanie is looking absolutely cute with confetti all around her

3. What an adorable outfit for rainy days

4. Love her pose in front of twinkling city lights

Stephanie Soo’s mukbang videos are always entertaining to see. Are you also a fan of her?