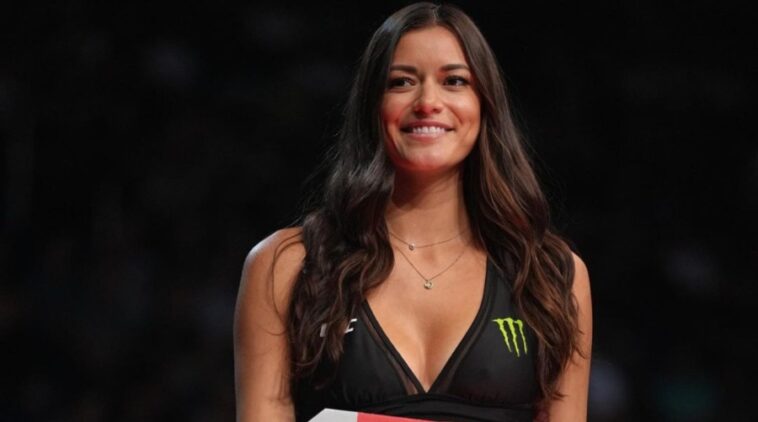 At that time, she decided to go to Los Angeles to pursue a career in modeling.

She became the Octagon girl or also known as the ring girl after she won a contest at a US Open Surfing competition.

Upon becoming a winner of the US Open Surfing competition, she got the opportunity to become a guest Octagon girl at a UFC match in 2011.

Her appearance as a guest at UFC Octagon Girl led her to become the permanent Octagon Girl.

Her career in modeling led her to land photoshoots in magazines such as MAXIM, Cosmopolitan, or Self Magazine.

“I’m an UFC Octagon girl, I love the job, I get to travel the world”

“I have trained MMA classes and I was probably the last things I ever did. So, I would stick to yoga, pilates, weight training, hiking.”

“I love travelling outside the U.S”

“I would love to go to Africa and South America”

Vanessa Hanson began her career as a model. When she saw that US Open Surfing was looking for a female model, she applied and won the competition, thus leading her to become a guest as Octagon girl.