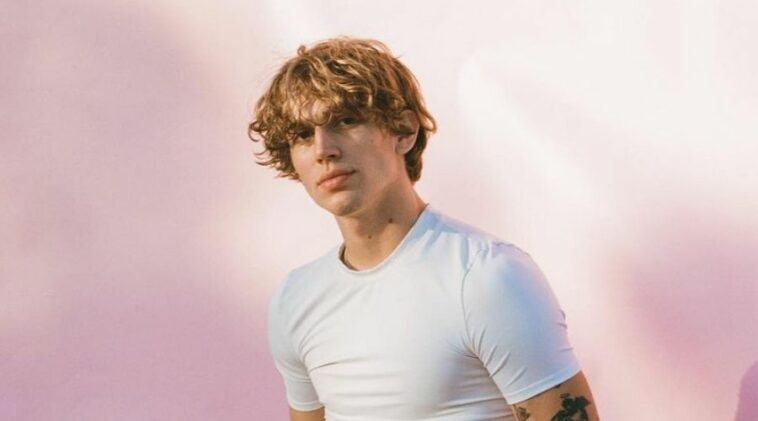 Vinnie Hacker is an American TikTok star and a boxer. He gained popularity because of his outstanding presence on social media platforms especially TikTok.

Vinnie Hacker Starting his career by posting various posts about dance, comedy, and lip-sync videos on TikTok, he got a lot of fans by his gorgeous appearance.

Vinnie later stole a lot of people’s hearts through his videos and finally began to gain thousands of likes in every video.

In 2017, he opened his Twitch account and was pretty successful on this platform, where he gained over 4K followers on the platform.

Not only being an influencer, but Vinnie is also interested in a modeling career. This charming star was known to be signed with a modeling agency, SMG Model Management.

Doing a modeling job doesn’t make him forget about his passion to be an influencer.

His relationship with Faith Ordway came to surface when they posted TikTok together in 2020. However the relationship comes as a backlash as Faith has a history of discrimination tweets and offensive language

The backlash she received might become one of the reasons they ended their relationship. Faith posted an apology video and Vinnie also posting apologize tweet as well.

Vinnie and Renata Ri have been linked together since they belong to the Hype House. However both Renata and Vinnie denied the relationship and Renata stated that the reason she’s joining The Hype House isn’t because of Vinnie.

In 2021, Nikita Dragun posted photos of her and Vinnie together makes fans speculate that they were dating.

However, the alleged relationship came with people criticizing them and Vinnie had to counter them and say that they were just friends.

Vinnie has been dating a mysterious woman since 2021. There’s no details about the person’s identity as Vinnie wants to keep his love life private.

Vinnie Hacker’s net worth is around $2 million. His source of income mostly comes from TikTok, YouTube, his clothing brand, and endorsements.

Modeling might not be his main source of income, but since he was represented by SMG Model Management, he surely gained some money from the modeling jobs.

Unlike other TikTok stars, Vinnie doesn’t seem to flaunt his luxury lifestyle. He spends his money mostly on cars and his cars collection including the 2011 BMW 335i and Mazda RX7 FD.

“A lot of people around my age are going to college, going to college parties and stuff like that. I feel like, you know, since I have to portray myself to all these millions of people that either look up to me or just watch me in any way, that I have to be mature and be a role model at a young age”

“It seems as if, nowadays, you can’t make any mistakes. You have to be super careful about, even if you’re wording something wrong, just stuff like that”

“You’re able to see after a while, who actually cares and who actually just wants to be there because you are who you are”

As one of the most heart throbbing creators, Vinnie Hacker always keeps gaining his fans and popularity. Keep up the good work, Vinnie!