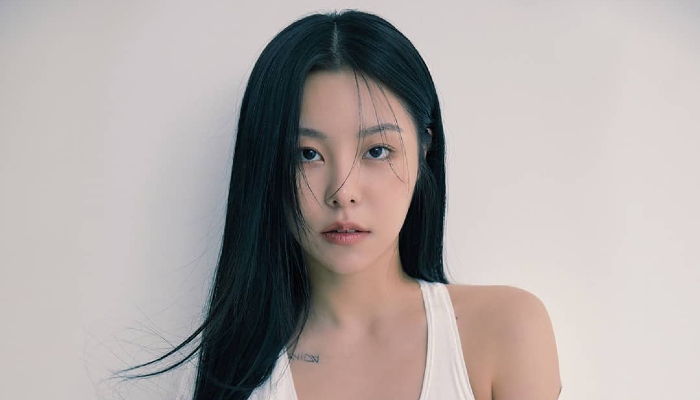 Wheein started her career in the entertainment industry with MAMAMOO in 2014. At the beginning, the group tried to make their way up in the industry by doing collaborations.

The girl born in Jeonju made her first appearance in the R&B song Don’t be Happy, alongside member Solar and Korean singer Bumkey.

MAMAMOO eventually made their official debut, singing the song Mr. Ambiguous in June 2014.

At the same time, this group which was formed by RBW also released their first EP Hello. Wheein served as one of the group’s vocalists.

This K-pop sensation then made her solo debut with her first single Easy in 2018. She continued her success with a second single Good Bye in first single album Soar in 2019.

Wheein released her first EP Redd on April 13, 2021. The EP consists of six songs with Water Color served as the lead single.

Redd debuted at number seven on the Gaon Album Chart with over 72.000 copies sold.

The lead single Water Color debuted and peaked at number 70 on the Gaon Digital Chart and 15 on the Billboard World Digital Songs Sales chart.

3. This K-pop star is killing the game with this black pantsuit

4. Wheein can pull off any look, including this casual street wear

5. She is still looking chic in this all denim look

Wheein is definitely a talented singer who has a long career ahead of her. Are you also a fan of her?