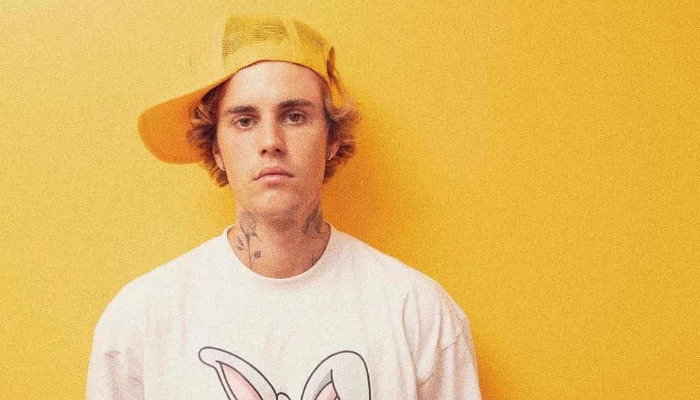 Justin Bieber’s fame all thanks to Scooter Braun, a talent manager. Braun discovered Justin’s cover songs on YouTube and made him sign a contract with RBMG Records in 2008.

His debut single is Baby and it reached the top chart of Billboard Hot 100. When he was 16, JB released his debut album titled My World 2.0.

After that, he became a teen idol. He filmed Justin Bieber: Never Say Never and it was described as a box office success.

However, because of puberty, Justin Bieber’s voice cracked. Yet, he producing music with a low key adaptation. Several of his next albums include Believe, Journals, and Purpose.

His songs always reached worldwide top charts and he had held some worldwide tours like My World, Believe, and Purpose Tour.

Yet, in March 2019, he decided to take hiatus to fix problematic issues, as he had scandals at that time.

In 2019, JB released his fifth album whose single Yummy got the second rank on the Billboard Hot 100.

1. Justin Bieber wears a white tee and a black hat. He collects many kinds of hats

2. See? In this photo, JB wears a white beanie

3. Justin wears a navy t-shirt and… another hat!

4. What are you looking at, Justin?

5. Maybe, we should try bathing and sunbathe at the same time as what Justin does

Fame had made Justin Bieber lost himself. Yet, he managed to create an impactful comeback and amaze people around the world!