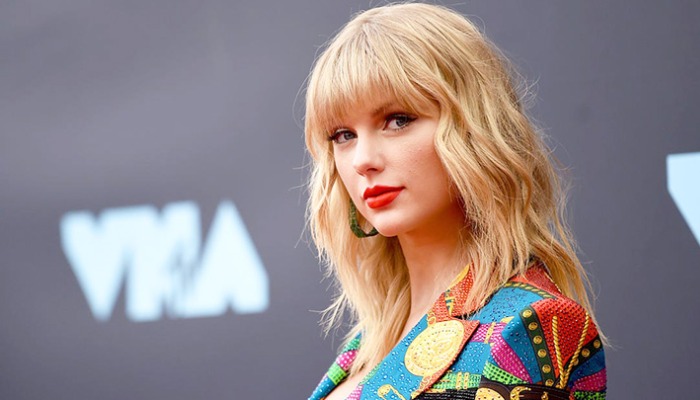 Taylor Swift is an American singer, songwriter, producer, director, and actress. She was famous when she focused her first career on country music and released hit after hit songs.

Her career skyrocketed when she was found by Scott Borchetta, DreamWorks Records executive, in 2005 and released an album titled Taylor Swift in 2006.

In 2009, she got Best Female Video for You Belong with Me and made her the first country music singer that win an MTV Video Music Award.

Yet, she released a full pop album 1989, and everyone, particularly the world of country music, joked about her “Postpartum Taylor Swift Disorder”.

Despite her pullout from country music for 7 years, Taylor Swift finally came back to the 55th Academy of Country Music Awards in 2020.

She continued making her fans proud by producing an authentic album, Folklore: The Long Pond, in 2020 and won many awards including Artist of the Decade from the American Music Awards in 2019.

Joe Jonas, the personnel of Jonas Brother and Taylor Swift had publicly dated from July to October 2008.

The relationship that was has a short life also has a brutal ending as Swift and Jonas break up over the 27 seconds phone call.

Taylor Swift and actor Lucas Till dated in 2009. The relationship happened after Till starred in Swift’s You Belong With Me music video.

The relationship only happened for a brief period and they broke up because they were better off as friends.

The relationship between Taylor Swift and Taylor Lautner happened after they starred in Valentine’s Day as high school sweethearts.

Though the couple was pretty popular at that time, they just weren’t meant to be as they had to overcome a break up.

The relationship between Taylor Swift and John Mayer lasted for several months. However the break up was quite a mess especially after Mayer responded to Swift Song, Dear John.

Taylor Swift and actor Cory Monteith were rumored to be in a relationship in 2010. They were spotted together several times.

Thought Swift blushed when asked whether they were dating or not, but their relationship was never confirmed.

In the last month of 2010, Us Weekly reported that Taylor Swift and actor Jake Gyllenhall had dated each other.

However, early the next year, it also reported that the couple had broken up. The break up was too random and Jake said that the relationship just didn’t work out.

Taylor Swift and Adam Young’s relationship isn’t exactly like someone who had dated because what happened between them was just exchanging e-mails and one meeting.

However, Swift was excited about the meeting she even wrote a song about him. The song Enchanted later get covered by Adam Young.

Her relationship with Chord Overstreet is also not confirmed but they were spotted together, sparking the rumor that they were dated in 2011.

Taylor Swift was spotted together with actor Eddie Redmayne in New York several times. Because of that, they are rumored to have dated each other in 2011.

They met each other when Swift was auditioned for Les Miserables. However, there’s no confirmation on whether they are dating or just hanging out together.

The speculation about Taylor Swift and Zac Efron’s relationship came up after they were promoting the movies Lorax.

They responded with speculation with rejection and even a song saying they were not dating each other.

Taylor Swift and Conor Kennedy’s relationship was confirmed after they spotted kissing in Hyannisport, Massachussetts in 2012.

Eventually, the break up was unavoidable after they were dating for four months.

However, the relationship became the spotlight after Swift dissed Styles during her 2013 Grammy performance.

The first time Calvin Harris and Taylor Swift met was at Elle Style Awards in 2015. Just a month after the meeting, they were spotted together wearing matching outfits at a Whole Foods in Nashville.

They went public with their relationship at the 2015 Billboard Music Awards in May and even kissed each other.

The relationship lasted for a year and they went through a break up after Harris accused Swift of cheating.

Taylor Swift and actor Tom Hiddleston relationship has blossomed since they met at the Met Gala 2016.

Months later they were spotted kissing in Rhode Island and the relationship became public after the photos became viral.

However, the relationship went south at the end of 2016 after Swift was seemingly convinced Hiddleston wasn’t dating her for the right reason.

The romance between actor Joe Alwyn and Taylor Swift also blossomed at Met Gala 2017, or how that was speculated from one of her songs.

The relationship was kept from the public for quite a while before tabloid The Sun wrote that Swift and Alwyn had been dating and to keep it in disguise, Swift chose to stay in London.

Until a year later, they were seen publicly together at in Ed Sheeran concert and in 2018, Swift was spotted sneaking to the premiere of Alwyn’s movie The Favourite.

The relationship between Alwyn and Swift has been going strong since then and with the release of her album Midnights, marks her six year relationship with Alwyn.

Taylor Swift’s net worth is around $450 million. Her wealth came from her album sales and from her World Tour.

Album sales were one of her sources of income as her albums always sold on million copies. Her newest album Midnights sold six million copies in eight weeks.

From her early albums to her newest, the amount of album that was sold was around 22.4 million.

Her net worth also includes properties she owned in several places. Among the properties she has is 3,240 square condo in Nashville that was worth $3 million.

She also owns a 12,000 square feet mansion in Watch Hill, Rhode Island that was worth $6.65 million.

“Just be yourself. There is no one better.”

“I’m intimidated by the fear of being average.”

“I think the perfection of love is that it’s not perfect.”

“I think fearless is having fears but jumping anyway.”

“Nothing ruins your day more than getting a bad review.”

“My ultimate goal is to end up being happy. Most of the time.”

“Life is a ruthless game unless you play it good and play it right.”

“People haven’t always been there for me but music always has.”

“Happiness and confidence are the prettiest things you can wear.”

“I never want to change so much that people can’t recognize me.”

“If you’re yelling you’re the one who’s lost control of the conversation.”

“I second-guess and overthink and rethink every single thing that I do.”

“Anytime someone tells me that I can’t do something, I want to do it more.”

“I love making new friends and I respect people for a lot of different reasons.”

“The rest of the world was black and white, but we were in screaming color.”

“I think I am smart unless I am really, really in love, and then I am ridiculously stupid.”

“People are going to judge you anyway, so you might as well do what you want.”

“We don’t need to share the same opinions as others, but we need to be respectful.”

“In a relationship each person should support the other; they should lift each other up.”

“Even if you’re happy with the life you’ve chosen, you’re still curious about the other options.”

“Knowing who you are and being independent and strong will be attractive to the right guy.”

“I think every girl’s dream is to find a bad boy at the right time, when he wants to not be bad anymore.”

“Silence speaks so much louder than screaming tantrums. Never give anyone an excuse to say that you’re crazy.”

“Be yourself, chase your dreams, and just never say never. That’s the best advice I could ever give someone.”

“Relationships are like traffic lights. And I just have this theory that I can only exist in a relationship if it’s a green light.”

“There are two ways you can get through the pain. You can let it destroy you, or you can use it as fuel to drive you: to dream bigger, work harder.”

“In my opinion, the only way to conquer stage fright is to get up on stage and play. Every time you play another show, it gets better and better.”

“I think I have to trust that you end up with the person you’re supposed to end up with, and that everything in between is there to teach you stuff.”

“Your feelings so are important to write down, to capture, and to remember because today you’re heartbroken, but tomorrow you’ll be in love again.”

“I can’t deal with someone wanting to take a relationship backward or needing space or cheating on you. It’s a conscious thing; it’s a common-sense thing.”

“I think people inspire me the most. If I meet a person who is incredibly complex, and all of a sudden, I start thinking in rhymes, that person could be a muse.”

“I’ve always felt music is the only way to give an instantaneous moment the feel of slow motion. To romanticize it and glorify it and give it a soundtrack and a rhythm.”

“It’s human nature to not say everything that’s on your mind at the time you think it. Because we fear saying something that people will laugh at, people will think is dumb. We’re afraid of being embarrassed.”

“I am completely fascinated by the differences and comparisons between real life and fairy tales because we’re raised as little girls to think that we’re a princess and that Prince Charming is going to sweep us off our feet.”

“You have people come into your life shockingly and surprisingly. You have losses that you never thought you’d experience. You have rejection and you have learn how to deal with that and how to get up the next day and go on with it.”

“I never give advice unless someone asks me for it. One thing I’ve learned, and possibly the only advice I have to give, is to not be that person giving out unsolicited advice based on your own personal experience.”

“Red is such an interesting color to correlate with emotion, because it’s on both ends of the spectrum. On one end you have happiness, falling in love, infatuation with someone, passion, all that. On the other end, you’ve got obsession, jealousy, danger, fear, anger and frustration.”

“Guarding your heart and protecting your dignity are a little bit more important than clarifying the emotions of someone who’s only texting you back three words. I’ve learned that from trying to figure out people who don’t deserve to be figured out.”

“Sitting on a bedroom floor crying is something that makes you feel really alone. If someone’s singing about that feeling, you feel bonded to that person. That’s the only way I can find an explanation for why 55,000 people would want to come see me sing.”

1. What do you think about her colorful hair?

2. Even though Taylor Swift only wears a simple sweater with the bare make-up look, she still looks pretty, isn’t it?

3. She won Best Solo Act in The World at the NME Awards 2020. Congratulations!

4. Taylor Swift and her red lipstick look so stunning!

5. Who can resist the smirk?

Taylor Swift is a highly talented singer. So, no wonder her fans, Swifties, are loyal and numerous. Are you one of them?