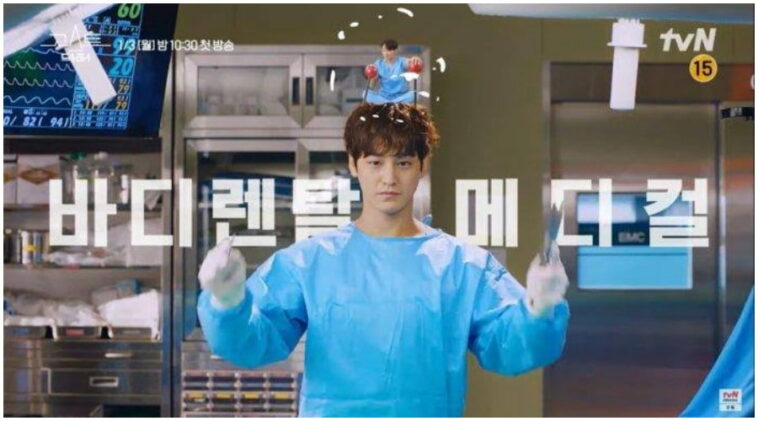 TvN has released another Korean drama on January 3, 2022. Ghost Doctor has been played by famous actors and actresses, such as Rain, Kim Bum, Uee, and Son Naeun.

Meanwhile Kim Bum also being famous because of his role in Boys Over Flower (2009). He also has acted in drama Law School (2021) previously.

Not only that, Son Naeun also appeared in this drama after she acted in the drama Lost (2021) and Dinner Mate (2020)

Ghost Doctor was released to take over Secret Royal and inspector Joy that has ended.

Cha Young Min (Rain) is a competent doctor, but has an arrogant and selfish characteristics.

One day, he was involved in an unexpected case that brings his spirit changes into another doctor’s body. Unfortunately, that doctor has different personalities and medical abilities

Can he solve his problem and bring back the spirit again?

a competent doctor in the thoracic department. He has a gold hand that can heal another person’s life. Unfortunately, he has an arrogant and selfish personality.

She has had a romantic relationship with Young Min (Rain) in the past. Se JIn has raised by a single mother and now she works as a surgeon in the neurosurgery department.

An intern in the thoracic department. He has a silver spoon with his grandfather as the founder of the hospital and his mother became a chairman.

An energetic intern in the emergency room.