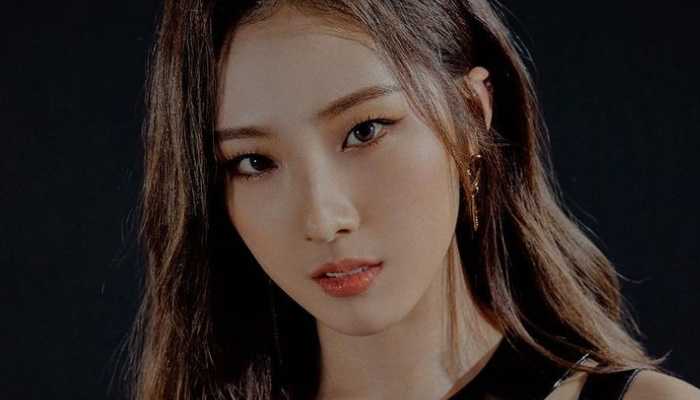 The world of Haseul has always been being surrounded by the singing world. When she was just an elementary school student, she already decided to become a part of the choir.

When Haseul got older, she wanted to go to an opera major in college.

But, it seems like her path turned into a different path because, at that time, she also joined a contest for singing in a music festival.

At that time, she was discovered by an agency, BlockBerry Creative. Haseul then joined the audition and successfully passed it. Shortly, she joined the agency as a trainee for approximately a year.

After doing a lot of hard works while becoming a trainee, Haseul finally got her chance to make her first debut.

She then joined a survival show called MIXNINE in October alongside HyunJin and HeeJin. But unfortunately, she was the one who didn’t pass that audition.

1. What a perfect beauty

2. Haseul has the nicest eyes

3. Her natural beauty is dazzling

4. Her short hair is so amazing

5. A queen of natural beauty

Haseul is not such a lovely and talented idol, but she also has a good heart with a lot of kindness. We can see that she is a hard-working person and has a sincere heart. What a lovely girl!