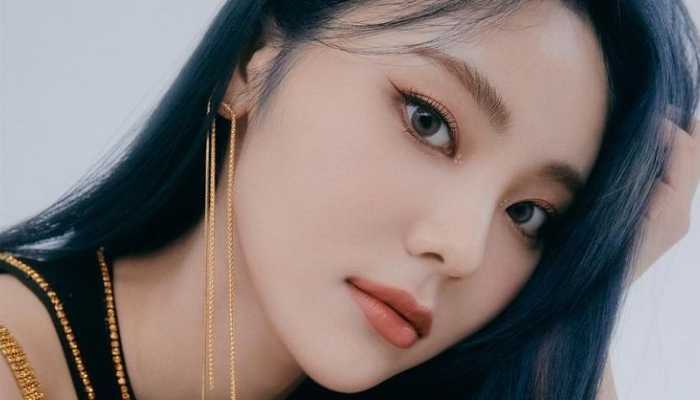 In the same year, she did an audition for an agency called DSP Media and finally she succeed to be a trainee.

But Jinsoul then decided to move to BlockBerry Creative in 2016, after she received an Instagram message from the agency that offered her to join them.

Shortly, she became a BlockBerry trainee to prepare her debut with LOONA.

She was first to be announced as LOONA’s member when she appeared in the solo album of ViVi, precisely in Everyday I Need You.

Jinsoul then was officially announced as LOONA’s seventh member on 13th June 2017 by releasing Singing in the Rain.

In August, she then was introduced as a part of the 2nd subunit of LOONA, ODD EYE CIRCLE.

In 2018, Jinsoul made her official debut with LOONA complete form by releasing their 1st mini-album called [+ +].

Jinsoul made her OST debut project on 15th April 2020 called As Time Goes, which was known as one of a K-Drama Welcome OST.

2. Jinsoul’s outfit is so attractive

4. Her fierce eyes are adorable

5. What a perfect beauty

A perfect queen with perfect beauty, talent, and also personality. Jinsoul is like a complete package as a perfect idol, isn’t she?