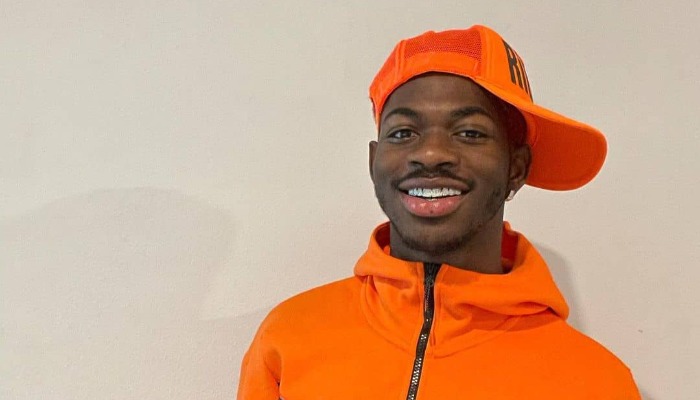 Lil Nas X was first known as an internet personality. He did comedy videos and created memes. In 2018, he launched a country rap song called Old Town Road.

He created over a hundred memes to promote the song. It worked and became his huge milestone.

His song Old Town Road became viral on TikTok due to Yeehaw Challenge as millions of people use the song as the background. It ranked #1 on the Billboard Hot 100.

Even though it was turned down from the Billboard chart, the song grabbed celebrities’ attention. American singer Billy Ray Cyrus was featured on the song’s remix in 2019.

In the same year, Lil launched his first EP named 7 and peaked at #2 on the Billboard 200.

In November 2020, he released a single called Roblox and it was viewed over 10 million times in the first several weeks.

Throughout his career, Nas X won many reputable awards, such as the American Music Awards, Billboard Music Awards, and Grammy Awards.

3. Nas X’s side profile is amazing

4. He looks like a cool grandpa with white hair

5. He chills himself in the big ice tub

Lil Nas X is a portrayal of a successful young artist. His works are influential and breathtaking since it has won many awards.