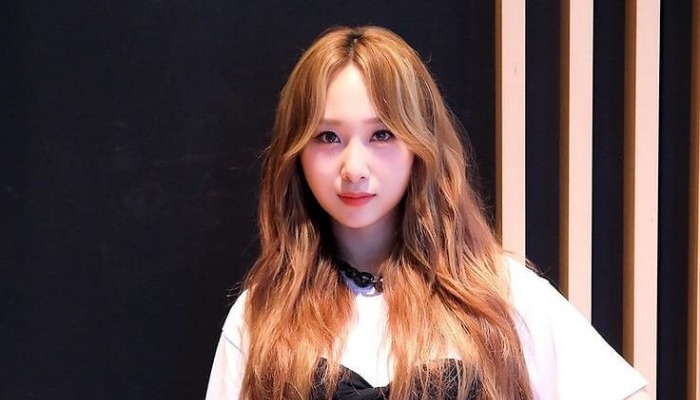 Our Takahashi Juri or well-recognized as Juri, already had a lot of experiences in art performance before she debuted with Rocket Punch.

She was very famous because of her performance as AKB48 member. In the group, she was in Team B and successfully raised her position as a Captain.

Juri then became a participant for Produce48 in 2018. On the audition day, she sang to Playing with Fire by BLACKPINK and impressed the judges.

She successfully survived until the last episode of Produce48. She got the 16th position in the last chapter.

On March 4, 2019, she finally graduated from her former group, AKB48. On the same day, she then got her contract with Woollim Entertainment to do a debut as a girl group in South Korea.

Finally, the agency revealed Juri as a Rocket Punch member on July 23, 2019. She then made her first debut with Rocket Punch on August 7, 2019, by releasing Pink Punch, their first EP.

1. Juri is very good-looking with her wavy caramel hair

2. Her side profile is no joke

3. She is so magnetic

4. Our idol is very stylish with her matching hat and coat

With a lot of experience in performing arts, no wonder if we admire Juri as one of the most super talented Kpop idols at this time.

With her skills, her visual, and also her personality, we can’t deny that she’s gonna steal our hearts.