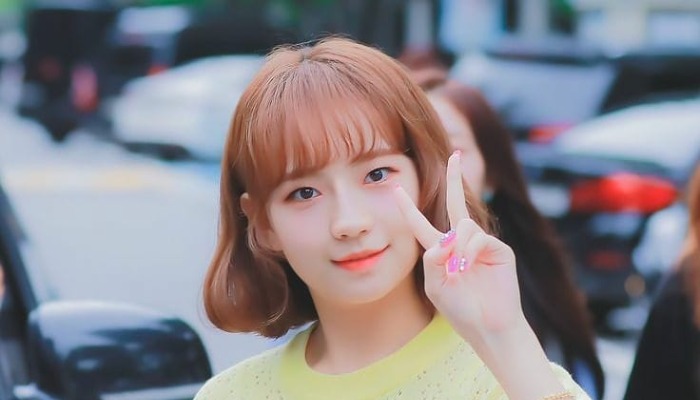 Kim So Hee or Sohee started her journey in pursuing a career as a K-pop idol at a very young age. She started her step by joining Woollim Entertainment as a trainee.

During the trainee days, she worked hard and doing a lot of practice to prepare for her debut someday.

She also joined Produce48 as Woollim’s representative. Her performances were very good and she gained a lot of attention, but unfortunately, she only survived until the 8th episode in the 43rd position.

She trained hard for 1 year and 8 months. After putting in so much effort, she finally was announced as the third member of Rocket Punch, a girl group created by Woollim Entertainment.

Sohee then first debuted with the group by releasing Pink Punch, their first extended play on August 7, 2019.

1. Her charm is real

3. Sohee proves that she’s the cutest human being on earth

4. Sohee is the girl crush in school indeed

5. She’s even so much lovely in her bob haircut

Even though Sohee is still young, she’s already shining bright like a sun. She’s also inspirational and lovely. We hope she will keep inspire us more!