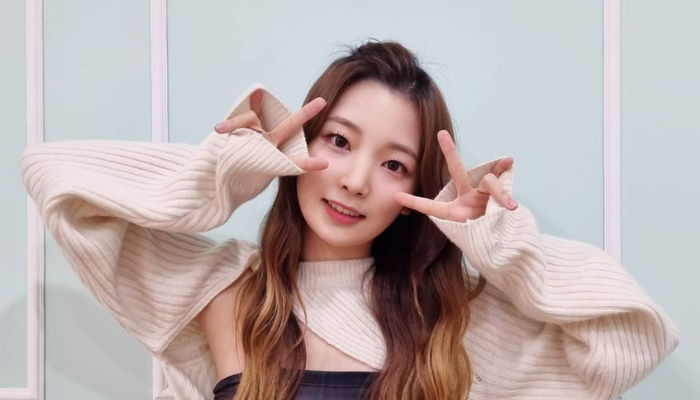 Yeonhee took her first footstep in the Kpop industry when she decided to do an audition for Woollim Entertainment several years ago.

In the audition, she impressed the judges with her performance. She sang Atlantis Princess, a song owned by her role model, BoA.

After doing a great performance during the audition, she successfully passed the audition. She then started her journey as Woollim Entertainment’s trainee.

During her days as a trainee, she worked very hard to prepare her debut. She trained for 2 years and 7 months long with lots of hard work.

After waiting for a long time, she finally was announced as the fourth member of Rocket Punch, a Korean girl group created by the agency.

Yeonhee then made her first debut with her fellow members by releasing Rocket Punch’s first EP, Pink Punch, on August 7, 2019.

1. We can never forget her adorable visual

3. She slays in black outfit

4. Her pose is really lovely and cute

5. Nobody can beat her charm

Not only beautiful and charismatic, but Yeonhee is also a very good and talented artist.

She can rap, dance, and sing well. She is also a good leader for other members. Keep up the good work, Yeonhee!