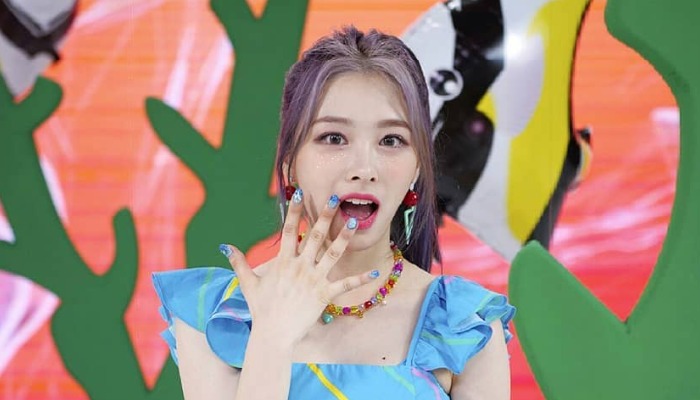 Yunkyoung already had a strong desire to be an artist since she was just a child. Our girl crush even began her dance lesson when she was just 6 years old.

But she took her first footstep professionally when she auditioned for Woollim Entertainment. She successfully passed the audition and became a Woollim’s trainee in 2017.

During her trainee days, she practiced every day to make her performance get better.

After waiting for some time, Yunkyoung finally had an opportunity to debut as a K-pop idol. She was announced as the fifth member of Rocket Punch in 2019.

Yunkyoung then started her debut with the group on August 7, 2019. They debuted with their first extended play, Pink Punch.

1. Taking photos in the terrace is recommended by her

2. Everyone can’t even blink their eyes when they see Yunkyoung here

3. This vintage outfit makes her look like a vintage doll

5. She is a Snow White twin

Yunkyoung ‘Rocket Punch’ has a very pretty face, a nice body, and also a lot of talents. She is also attractive, powerful, and always gives her love for the fans unconditionally.