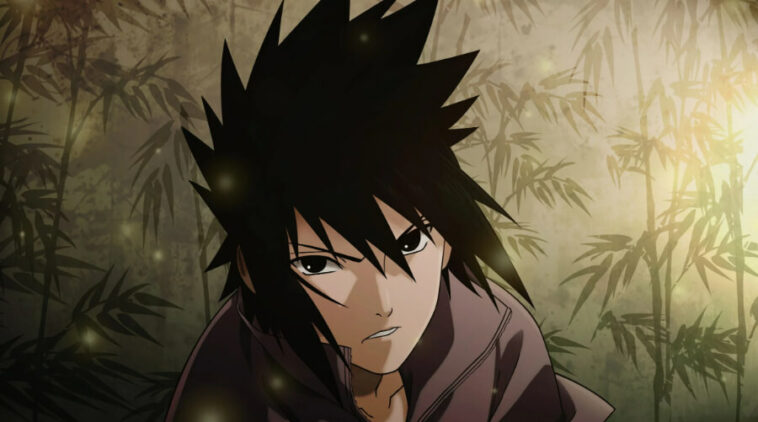 Sasuke Uchiha is the second main character in the series Naruto written by Masashi Kishimoto.

He was initially introduced as a protagonist, a member of Konoha belonging to Team Kakashi. But his character became darker and in an alliance with the Akatsuki.

Sasuke is the son of Fugaku Uchiwa and his wife Mikoto. She grew up in the shadows of his older brother, Itachi Uchiha, who killed every member of the Uchiha clan.

Sasuke has bristly black hair with a blue tint and onyx colored eyes. He has lighter skin than his older brother, Itachi. Like many other members of his clan, his hair spreads out on both sides of his face roughly framing his cheeks.

As a child, Sasuke was a very kind boy, affectionate to his family, respectful to his clan and teachers.

After Itachi massacred the clan, Sasuke’s ideals and personality changed considerably, he became cold, lonely, cruel, cynical, a little arrogant, and for the next eight years of his life he devoted himself to his revenge against Itachi.

“I understand now. Even if I must take the Devil’s fruit, I must gain power. I am an avenger.”

“No man chooses evil because he is evil; he only mistakes it for happiness, the good he seeks.”

“It’s not the future I dream of anymore, only the past.”

“Tears and rain fall down on my face, my body is unable to stay, yet my heart is unwilling to leave.”

“I never want to see another important person die in front of me again.”

“The people that are the hardest to love are usually the ones who need it the most.”

“If you think I’m some stupid kid ruled by his emotions, then so be it.”

Sasuke Uchiha has a good character, that he figured that he needed to change the ninja system in order to change the world, and he could do this by becoming a hokage.

He believed that he should be solely responsible for making the difficult choices in the world. He would bear the burden of all hatred, just like Itachi had done.