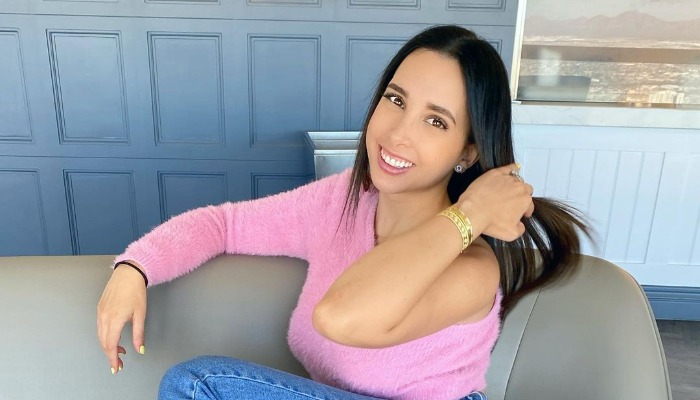 Mariale Marrero created her YouTube channel in 2010. Her first video was named Makeuplocalypse, which is now changed into Mariale.

She shared beauty and makeup tutorials and tips. She then created another channel called SinPatuque for sharing her personal vlogs in January 2011.

In 2015, Mariale made another channel named Mar for English content. Her main channel got 1 million subscribers in September 2016.

After some time, SinPatuque and Mar got Diamond Play Button for reaching 10 million subscribers.

The beauty YouTuber has partnered with famous brands including Urban Decay, L’Oréal Paris, and Lancôme. She also has been featured in famous magazine Refinery29.

Throughout her career, Mariale has been nominated for MTV Millennial Award for Styler del Año and Twitter Award from the Venezuelan newspaper El Nacional. She won the best Influencer in 2016 from the Cacique de Oro Award.

1. The YouTuber wears an all-white outfit

3. She wears black shoes and a long stocking

4. The beauty guru has body goals!

5. Her makeup is stunning

Despite the drama, Mariale Marrero has delivered entertaining and insightful content about beauty and other topics.