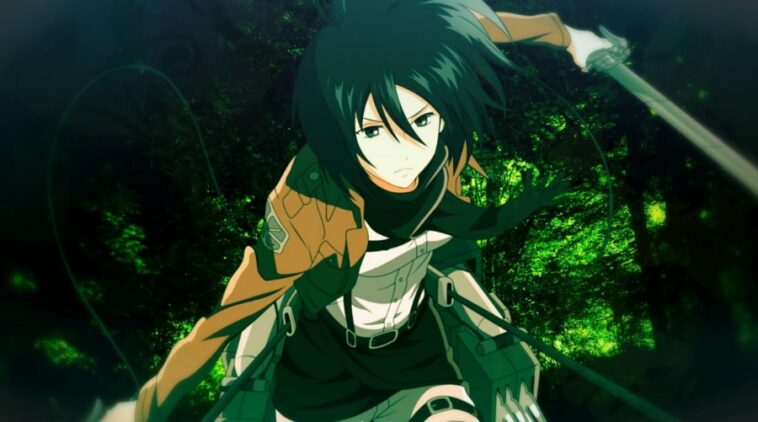 Mikasa Ackerman is one of the deuteragonist characters in the Attack on Titan manga and anime, who is the last descendant of the Shogun clan living on Paradis Island.

After the death of her parents, she was rescued by Eren Yeager who was then taken care of by her parents. After that, she decided to join the Survey Corps training just to be with Eren.

Mikasa is described as a woman who has little difficulty in adapting to other people. In fact, sometimes she often intimidates people she just met.

Meanwhile, for physical appearance, she is described as a woman who has a fairly tall and muscular body. In addition, she also has pale skin, gray eyes, and black hair that is left tangled and poorly maintained.

There’s only so many lives that I actually care about. My enemies made deciding that easy six years ago. So… you’re mistaken to seek any compassion from me. Because right now, I’m all out of time and room in my heart to care.

“This world is cruel. It is also very beautiful”

“This world is cruel and merciless.. But it’s also very beautiful”

“I am strong, Stronger than all of you. Extremely strong. I can kill all the titans out there. Even if I am alone”

“Eat it, eat and stay alive, I won’t let you starve to death”.

“A lot of people I used to care about aren’t here either”.

“At times, the sacrifice of a single precious life can save many others”

“That’s right. This world is cruel. It hit me that living was like a miracle”

“My scarf, thank you for always wrapping it around me”

“Believe in your own power”

“You shouldn’t try to ask for my pity. Because right now, I don’t have time to spare or room in my heart”

Although Mikasa Ackerman is portrayed as a cold character, but she plays a big role in defeating every Titan on Paradis Island.