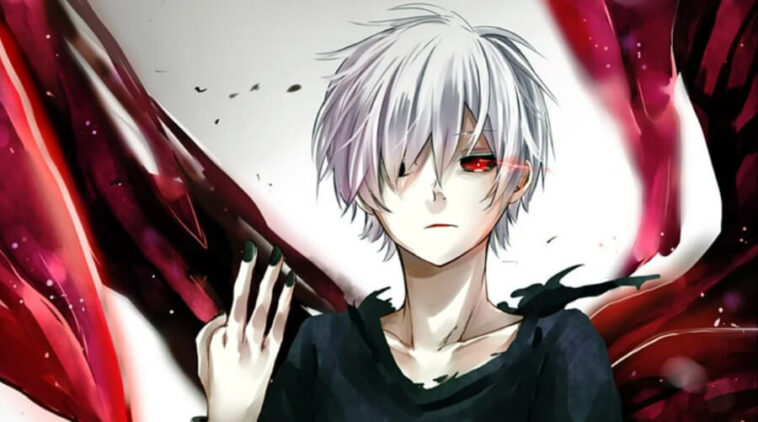 Ken Kaneki is the main protagonist of the anime series Tokyo Ghoul, who was previously a student studying Japanese literature at Kamii University. He lived a normal life like any other student.

However, a nightmare came and crashed into his life, he turned into a one-eyed ghoul after kakuhou Rize Kamishiro entered his body. Thus, Kaneki is known to be the first known artificial one-eyed ghoul.

Kaneki is described as a young man with a thin body who always wears casual clothes in his spare time. He also has a passion, which is reading books.

“I’m not the protagonist of a novel or anything. I’m just a college student who likes to read, like you could find anywhere. But… if, for argument’s sake, you were to write a story with me in the lead role, it would certainly be… a tragedy”.

“The pain you feel today will be the strength you’ll have tomorrow.”\

“I was wrong. I wasn’t eating ghouls. I’m the one who was being eaten.”

“All the liabilities in this world are due to the inadequacies of the person involved.”

“Never trust anyone too much. Remember, the devil was once an angel.”

“Had he done this alone?… It’s a lie… Koma… Irimi… After all that… No matter how I tried to rouse my will to fight with hatred, more than sorrow, more than rage, the emotion that arose within me was despair. Because ‘my turn’ was next.”

“Upon entering an open area was the scent of rotting flowers and in the middle of the flowerbed, he stood… Without anyone saying a thing, without his name given, like an unsolved puzzle falling into place by itself, just by seeing that figure, I–understood exactly who I faced. The CCG’s reaper. The undefeated ghoul investigator.”

“We need to stop fighting and start talking. Because when it comes to the state of the world, you can’t point your finger at ghouls or humans. We’re all to blame.”

“I think what’s necessary is the ‘right distance.’ Instead of mutually tramping on each others’ existence, we should just respect each other a little more.”

“I think what’s necessary is the ‘right distance.’ Instead of mutually tramping on each others’ existence, we should just respect each other a little more.”

Although initially portrayed as a quiet person, Ken Kaneki underwent a big and drastic change after becoming a ghoul and is prone to hurting others for self-protection.