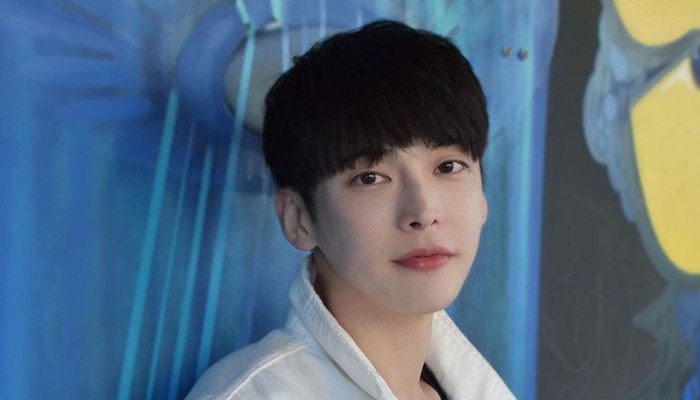 Sibong was part of a Korean rock band that was supposed to debut later on. However, he decided to give up on the opportunity and opened a Youtube channel instead in 2017.

His first few videos consist of short comedy sketches, dating tips, and reaction videos. The man born in 1988 also shared some Korean study tips, including how to pronounce idol’s names.

Although he has essentially given up on his music career, it’s clear that Sibong still loves singing.

He has done various covers of songs, such as Spring Day by BTS, Senorita by Shawn Mendes and Camila Cabello.

In 2018, the Youtuber joined Aoora and Dong Gyun to create K-pop group Global Tour Idol (GTI). They did a cover of Indonesian’s song Lagi Syantik by Siti Badriah.

For this song, GTI put their own twist in it by changing the word Syantik (beautiful) to Kece (cool), naming the song Lagi Kece.

They also mixed up the dangdut style with a typical K-pop style, adding some Korean and English lyrics into it.

This unique cover got viral, especially among Indonesian music lovers. With their new found fame in Indonesia, Sibong and the other members were invited to perform on various television shows.

GTI then proceeded to sign with music label NAGASWARA, the one managing Siti Badriah. Under the new label, the K-pop group released their first single Rindu Itu Berat in 2019.

The song took inspiration from Indonesian movie DILAN. However, instead of talking about teenage love, GTI’s Rindu Itu Berat talks about a love triangle between three friends.

Unfortunately, GTI hasn’t had any more song releases since 2019. One of the members, Aoora even left to start his own music career in South Korea.

Sibong also began to focus more on his Youtube channel. On Youtube, he started to do live streams. During the time, the man from Daegu would chat with fans and listen to some songs.

2. His white shirt blend perfectly with the pastel background

3. He has a cute little smile

4. Sibong gives out a really wholesome vibe in this oversized hoodie

There is no doubt that Sibong is one talented man. We are excited to hear new songs and projects from him.