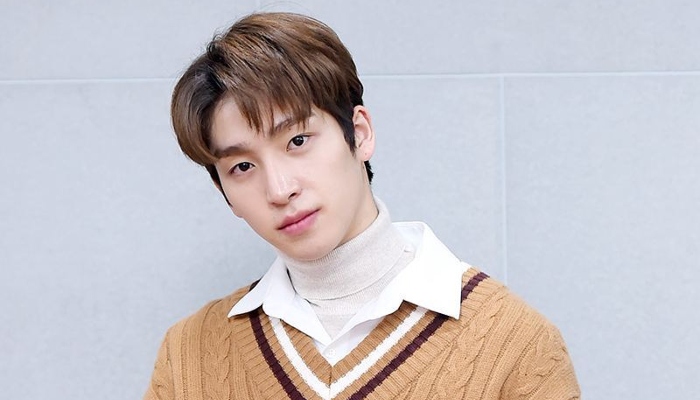 Sangyeon made his way into the entertainment industry by joining Cre.ker Entertainment. In 2016, he got a taste of the industry when starring in the singer Ailee’s music video If You.

This K-pop Idol then got to join a new group called The Boyz. He was announced as the leader of the group in July 2017.

As part of the announcement, the agency also released his DAZED profile film.

Sangyeon made his debut with The Boyz on December 2017. They released their first EP titled The First. The song 소년 (Boy) served as the title track.

The Boyz released their first studio album in 2020. The album is titled Reveal. It managed to top the Gaon Album Chart.

This Scorpio man has also made several appearances on TV shows. He was part of the regular cast for We Are The One in 2018.

On the same year, Sangyeon also competed in King of Mask Singer as Fireplace.

2. He looks adorable playing with bubbles

4. His face is perfect

Sangyeon is an amazing leader with beautiful vocal. He will definitely become even more successful with The Boyz.