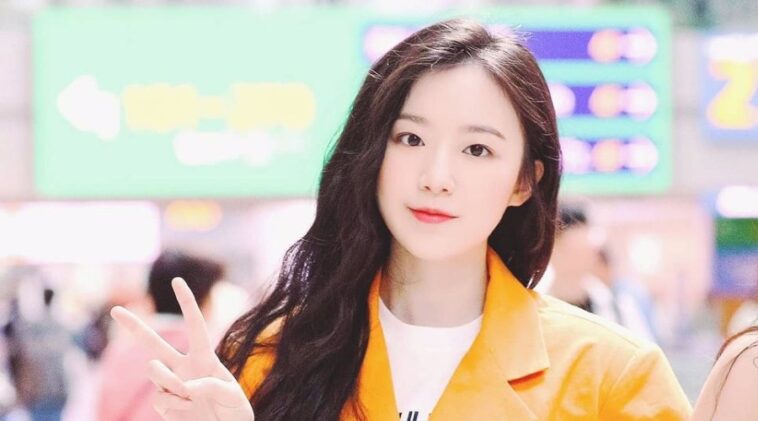 Shuhua has always been loving acting and singing since she was just a child. After a long time of practice, she finally decided to join an audition held by Cube in 2016.

Actually, she joined the audition only to fulfill her curiosity. But it turned out to be her golden gate to be a K-pop idol, because she passed the audition.

She finally made a decision to move to South Korea without any relatives accompany her at that time. After being a Cube Entertainment trainee, she worked very hard every day.

Prior to her debut, she once appeared in advertising video held by Rising Star Cosmetics with Minnie and Yuqi.

Eventually, Shuhua successfully made her debut with (G)I-DLE on May 2, 2018 by releasing their first mini-album titled I Am, which contains the top hits Latata.

1. Shuhua is a princess in our fantasy land

2. She looks so perfect with her pearl headband

3. During her busy days, Shuhua takes a short trip

5. Our princess loves being surrounded by nature

Shuhua is such a pretty princess. She is very tender, kind, pretty, and has lots of skill. That’s why her fans always support her in the first place.