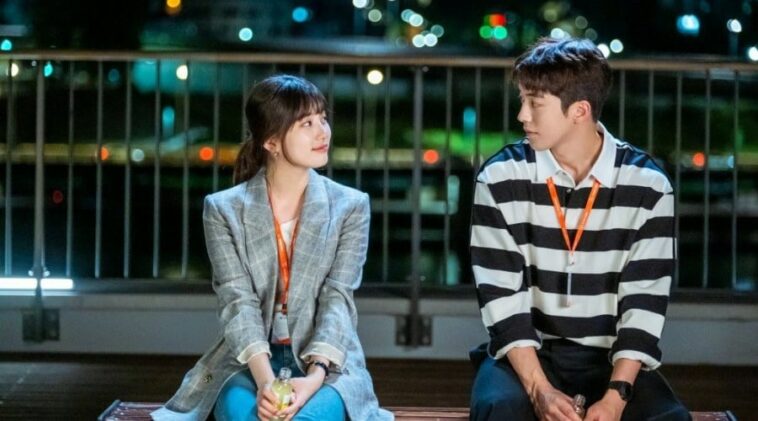 Since the Start-Up drama make its first airing date on October 17, 2020, on tvN, this drama was already a huge success.

Initially, the title of this drama was Sandbox, but the production team changed it to Start-Up.

Previously, Seon Ho also had become the main actor for Catch the Ghost (2019), meanwhile Kang Hanna once starred in Just Between Lovers (2017) and Familiar Wife (2018).

This drama was aired every Saturday and Sunday on tvN at 21.00 KST to replace the previous drama, Stranger 2.

Seo Dal Mi (Bae Suzy) was separated from her older sister, Won In Jae (Kang Hanna) because their parents were divorced a long time ago.

After their parents divorce, they live a different life. Dal Mi lives with her grandmother and father in not-so-luxurious life, meanwhile In Jae lives with her mother and her new wealthy family.

Time passed by and Dal Mi’s father passed away because of an accident. Continuing her life, Dal Mi decided to drop out of her college and build her own business.

Dal Mi then became a part-time worker in a cafe. Her biggest dream is to be as successful as Steve Jobs.

On the other hand, there’s a founder of a technology start-up company, Samsan Tech. The CEO is Nam Do San, a mathematic genius, and also Dal Mi’s first love because of an accident.

Even though Do San is the CEO of her own company, Samsan Tech doesn’t run well. One day, they meet each other and grow their business bigger than before.

An ambitious, hard worker, and a high-spirit girl boss. Even though she has been raised in poor family background, Dal Mi still has a grand dream to be a great businesswoman.

A mathematic genius who is excellent in any kind of school subject, but doesn’t really have great leadership skills.

He is the CEO of Samsan Tech and his life changes forever when he meets Dal Mi.

A very smart and genius team leader of SH Venture Capital. He has a special skill in investment and is sharp-tongued about anything involves in the business field.

Kang Hanna as Won In Jae

Seo Dal Mi’s older sister who is lucky because she has a beautiful appearance, smart, and raised in a wealthy family.