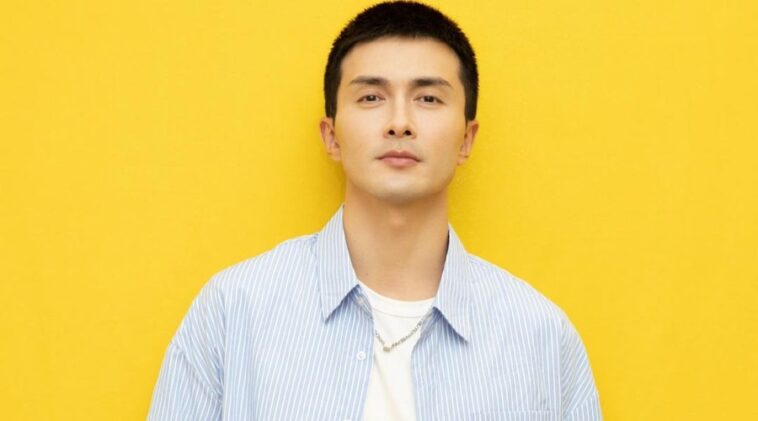 Vengo Gao began his career in 2006. He started out as a model after getting second place on the New Silk Road Model Look competition. He continued to be a supermodel until 2013.

Throughout his modeling career, this Capricorn man has won various awards.

In 2014, Vengo joined Jay Walk Studio. He then made his acting debut with a male lead role in web series V Love.

Around 2015-2016, the man from Mishan got the supporting roles in Legend of Ban Shu, Destined to Love You, The Ladder of Love, and many more. This resulted in increasing popularity.

He got his major breakthrough in 2020. He starred in fantasy-romance drama Eternal Love of Dream.

He got the leading role of Dong Hua. His incredible performance got him the Top Ten Most Popular Actor Award and the Best Actor (Period Drama) Award at the Huading Awards.

2. You can clearly see his flawless face

3. He is looking cool in such simple clothes

4. His side profile is truly unmatched

5. Vengo has a way of looking absolutely like a boss

Vengo Gao is not only an amazing model, but also an incredible actor. He has done some very exciting and demanding roles. His future in the film industry would be worth waiting for.