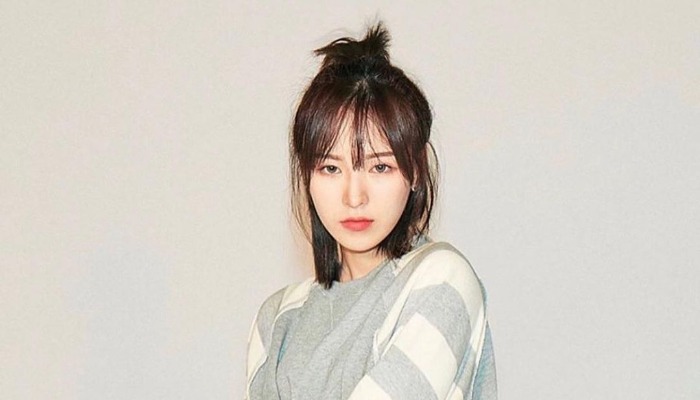 Before her debut with Red Velvet with the top hits Happiness which dominated the K-pop music charts, Wendy was already familiar with the music world.

Since she was 5 years old, she has had a dream of becoming a singer. She is also surrounded by a music-loving family.

In fact, Wendy’s parents initially opposed Wendy’s dream of becoming a singer and advised her to stay focused on her schooling. However, they finally allowed Wendy to audition for K-Pop idols.

In 2010, she enrolled as a participant in Koreaboo’s Global Auditions for Cube Entertainment. However, she did not make it through to become a trainee there.

Finally, the pisces girl also managed to enter into a K-Pop idol trainee with SM Entertainment. At the audition, she sang the song Moon of Seoul and finally managed to pass.

She was a trainee for 1.5 years before she was introduced as a member of Red Velvet through SM Rookies on March 14, 2014. She released the song Because I Love You as part of SM Rookies.

She is one of the Red Velvet members who often do solo projects, especially as a singer.

She also collaborated with Seulgi to release the song Don’t Push Me which became the OST for the drama Uncontrollably Fond in 2016.

Her collaboration with Seulgi continued for the release of the song I Can Only See You for the drama Hwarang in 2017.

In the following years, Wendy is still actively releasing her solo songs. Such as Goodbye (The Beauty Inside OST), What If Love (Touch Year Heart OST), to My Day is Full of You (The King: Eternal Monarch OST) with Zico.

2. How could Wendy being this gorgeous?

3. Her smile is everything

4. Look how flawless she is

5. Wendy is ready to go out with her friends

Wendy is always recognized by her fans as a sweet, charming, and caring person. Her talented skills will always improve and that’s why we all love her.