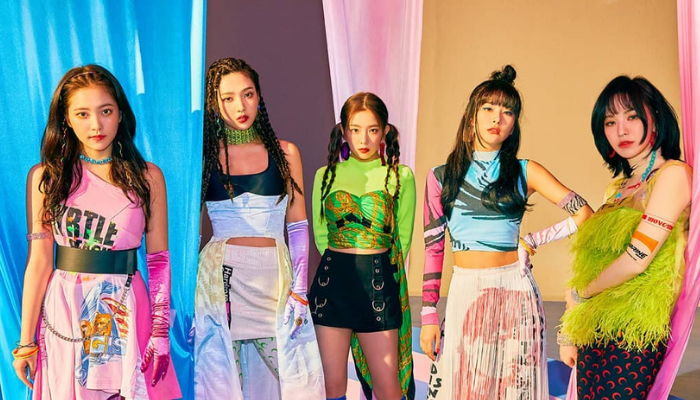 Red Velvet is one of the popular Korean girl groups because of its diverse albums. They received a number of awards for their achievements.

There is some philosophy about the Red Velvet name. Their image and music have duality, ‘red’ side and ‘velvet’ side.

The ‘red’ side shows the captivating and intense image, meanwhile, the ‘velvet’ side represents femininity and softness.

Red Velvet was first formed when Seulgi became an SM Entertainment trainee in 2007, followed by Irene joining in 2009.

Two years later, it was Yeri who joined SM. Then finally continued again with Wendy and Joy who joined in 2012.

Before making their debut, SM Entertainment prepared its debut starting in 2013 by introducing Seulgi and Irene. Then, Wendy was introduced in March 2014 through SM Rookies.

Finally, Red Velvet, a girl group from South Korea consisting of Irene, Seulgi, Wendy, Joy, and Yeri made their debut on August 1, 2014.

With their debut single titled Happiness, they managed to occupy the top ranks of K-Pop idol names with an ever-increasing number of fans.

They also won a lot of awards, such as the Golden Disc New Artist Award is given in 2015 and the Award Best Female Group in Mnet Asian Music Award in 2017.

In addition, their songs also received awards. Such as Best Pop Song for the song Red Flavor in 2018 and Song of the Year Award at the Asia Artist Awards for the song Umpah Umpah in 2019.

Red Velvet is one of the most vibrant, colorful, and charming K-pop girl groups. They always put their best effort, kindest personality, and the most genuine love for ReVeluv, their beloved fans.