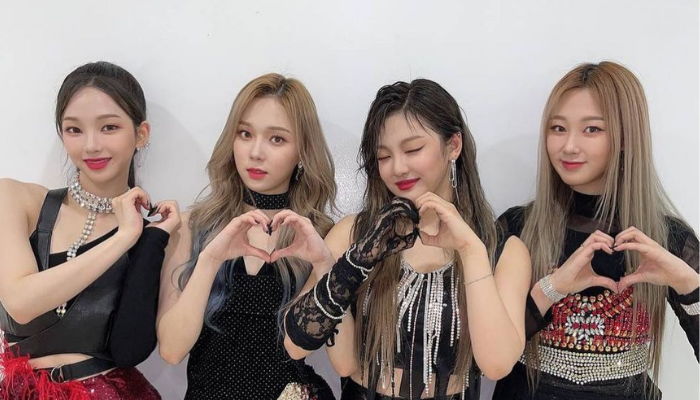 aespa, a South Korean girl group created by SM Entertainment, raised a lot of popularity and successfully attracted every people’s heart in the K-pop industry.

The name aespa itself has some smart meanings. The name is a mixture between “Avatar” and “Experience” by its initials.

aespa also means that this group has two sides which represent their own selves and the other-self of them to get a lot of experiences in the new world.

This group consisting of Karina, Giselle, Winter and NingNing introduced the members step by step. Karina did a participation for music video Want by Taemin in February 2019, meanwhile, Ningning was revealed as a part of SM Rookies on September 19, 2016.

After doing some trainee days, the members finally debuted on November 17, 2020, by releasing their first single, Black Mamba. Because of this single, aespa successfully peaked at first place on QQ Music for approximately 3 weeks.

aespa is one of the most successful K-pop rookie idol groups. They have beautiful and talented members. Their concept and their songs also win everybody’s heart.