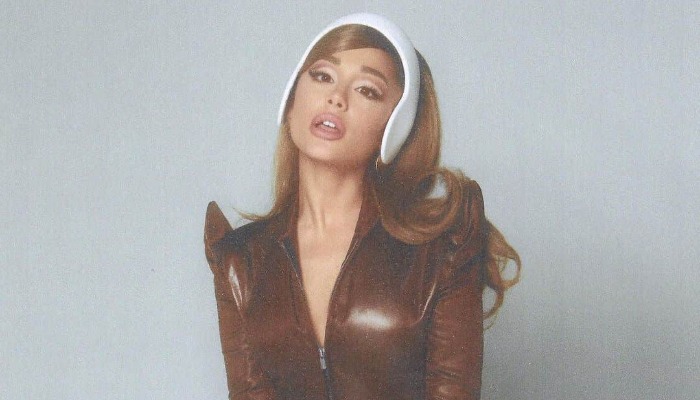 Ariana Grande is an American singer, songwriter, and actress. She was famous because of her four-octave vocal range which received critical acclaim.

When Ariana Grande was a child, she often performed musicals with Fort Lauderdale Children’s Theater.

At the age of 13, she started to focus on music even though she still joined the Broadway musical in 2008. A year later, she appeared on Nickelodeon television series.

Ariana made her first musical appearance singing Give It Up in August 2011. Then, she started uploading covers on YouTube and signed a contract.

Her debut single titled Put Your Hearts Up was released in December 2011. Then, her debut album named Yours Truly was published in 2013.

In 2013, she received the New Artist of The Year from American Music Awards. The Music Business Association and People’s Choice Awards gave her the Breakthrough Artist award.

She continued producing songs and collaborated with well-known artists such as Break Free with Zedd and Love Me Harder with The Weeknd.

With her excellent performances in the music industry, she has received many distinguished awards including Best Pop Vocal Album from Grammy, Top Artist from Billboard Music Award, and Female Artist of the Year from iHeartRadio Music Awards.

Ariana Grande and Graham Phillips met when she was teenagers. They went on a date between 2008 to 2011.

Before going their separate ways, they wrote a song together titled Stick Around.

She dated Jai Brooks in 2012. However the relationship didn’t last long as they parted ways in 2013.

Brooks said that Grande had been cheating on him with Nathan Sykes however Grande gave back with a claim that Brooks was threatening her if she chose not to be with him.

It was confirmed by US Weekly that Grande and Sykes began dating in 2013 after their duet Almost is Never Enough was released.

Upon dating in August 2013, the couple’s relationship only lasted for months as they went through a break up in December 2013.

Ariana Grande confirmed her relationship with Big Sean by calling him one of the most amazing men in the world.

Their relationship in 2014 was a rocky one as Big Sean ex-fiance claims she saw Grande at Sean’s house while he still has a fiance. The relationship ended in April 2015.

Ariana Grande was first linked with backup dancer Ricky Alvarez in the summer after she split with Big Sean.

They were together for a while after going through a break up in 2016. Though they had broken up, they remained good friends following Alvarez posting a clip of himself listening to Thank U, Next.

In a time when Ariana Grande and Mac Milller do song collaborations, they feel each other comfortable and decided to start dating.

They were dating between 2016 and 2018. When the relationship ended, both of them respected each other and parted ways in good ways.

The announcement of their relationship was made by Pete Davidson through his Instagram. They began dating in 2018 and were engaged a month later.

The couple seems like a perfect couple with them moving together in a luxury condo and adopting a pig.

However, in October 2018, they were separated and Davidson said that things just didn’t work out between them.

In 2019, Ariana was spotted hanging out with Mikey Foster holding hands. The next year, it was confirmed that they had been dating since June last year.

Eventually, the relationship also didn’t happen as they parted ways.

In 2020, there’s a rumor about Grande’s relationship with a real estate agent after they were spotted kissing.

The real estate agent was Dalton Gomez and apparently, they met for the first time when he was hired to help Grande find a house.

Not until December of the same year, Grande then announced her engagement. They eventually tied the knot on May 15, 2021 in an intimate wedding in their Montecito home.

Ariana Grande’s net worth is around $200 Million. As a singer who is famous worldwide, her main income is from revenue from music.

She also became ambassadors for several brands, having her own perfume line and make up line which makes her richer.

Ariana Grande is one of the richest pop artists. According to Forbes, between 2019 to 2020 she earns at least $72 million.

A study made by Spotify in 2020 reveals that she from her Positions album alone, she earned $2 million.

In 2019, Ariana Grande launched her own perfume line which the grossed across the globe reached $150 million.

In the same year, because of her Cloud Eau De Parfum, she earned the Fragnance of the Year Award.

Her makeup line r.e.m beauty also has high consumer demand as the sales up to 21% compared to 2021 sales.

“Love your flaws, and own your quirks.”

“I was definitely inspired by Madonna”

“Block out all negative energy, and just love.”

“There’s always tomorrow and it always gets better.”

“Nothing burns more calories than dancing in 5-inch heels… try it!”

“All we can do about bullies is wich them happiness & celebrate our own.”

“Take a load off, don’t take everything so seriously. And just be happier.”

“The thrill of not knowing what’s going to happen, trained me to be prepared for anything.

“I think it’s so important for girls to love themselves and to treat their bodies respectfully.”

“Don’t ever doubt yourselves or waste a second of your life. It’s too short, and you’re too special.”

“Life is beautiful. Be thankful for everything. Destroy your ego. Free hugs. Sing your heart out in the street. Rock n’ roll.”

“If anyone tries to bully you don’t let them. Take the positive energy form a ball of rainbow power and just, like shove it.”

“Meditation is a great way to keep my body well-centered while juggling shooting schedules and recording sessions.”

“I don’t really believe in any fashion rules. I think fashion is a form of self-expression. I think you can wear whatever you want!”

“Only be with somebody if they make you feel like the best version of yoursel. You can’t sacrifice yourself for anybody, you know?”

“Life is beautiful. Cherish every moment even if you’re stressed or hurt or whatnot. There’s always tomorrow and it always gets better.”

“All I have to say is basically if performing, singing, acting, and dancing is what you want to do, then you just have to do it – no matter where it is.”

“The best part about having true frieds is that you can go months without seeing them and they’ll still be there for you and act as if you’d never left.”

“Be happy with being you. Love your flaws. Own your quirks. And know that you are just as perfect as anyone else, exactly as you are.”

“It’s outrageous to me when I see people hate on someone because of their sexuality. I hate the intolerance. I hate the judgment. I hate it so much.”

“One of the most terrible feelings in the world is knowing that someone else doesn’t like you. Especially when you don’t know what you’ve done to deserve it.”

“I don’t feel much pressure to fit in. I never have. I’ve always just wanted to do my thing. I have really good friends and good family, and if I don’t fit in somewhere else, I fit in at home.”

“Some people will find any reason to hate. Don’t waste your time. Lighten up! It takes so much less energy to smile than to hate. Enjoy life.”

“I’m a big perfectionist! I’m trying to channel super-confident women like Alicia Keys, Mariah Carey and Beyonce, because I realized that if you want something, you really have to go for it, just like they do.”

“The best fashion advice I’d say would be just to do what makes you comfortable and what makes you feel cute, and that’s how you’re gonna look your best ’cause when you feel your best, everybody else can feel it, too.”

“Sometimes, people can be extraordinarily judgmental and closed-minded to anyone different or special, which is why it’s so hard for young people in this day and age to be comfortable enough in their own skin to not listen to the people picking on them.”

“If anything, we should feel sorry for the people who want us to feel bad about ourselves, because they are the ones struggling for approval. In middle school, bullies tortured other kids because they thought it would make people like them more.”

1. This white outfit really looks good on her

2. What do you think about this black dress?

4. Her side profile is amazing

5. A mirror selfie from the star!

She continues to shine even though she has faced many challenges during her career. Her passion for music and grounded personality are inspiring!