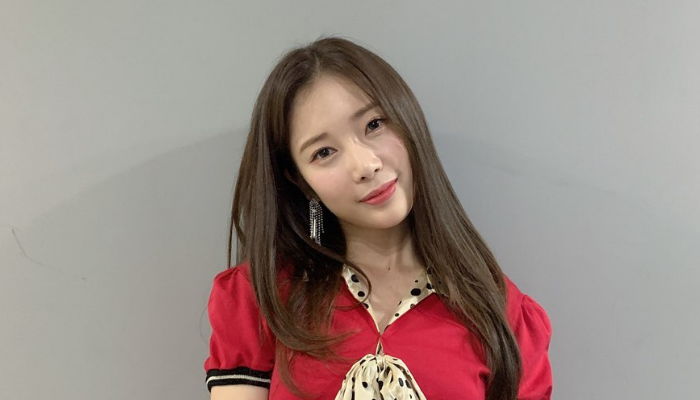 Chaekyung didn’t set her first footstep in the K-Pop industry by joining APRIL as a member.

Initially, she had debuted as an idol alongside a girl group called Puretty in 2012.

Unfortunately, Puretty then disbanded two years after their debut. The disbanding of the group happened because every member would be another group member.

Chaekyung then tried to be a participant in a program called Kara Project. This program was held in 2014 and aimed to form a new group, Kara.

Two years later in 2016, Chaekyung appeared again in a reality show program called Produce 101. She survived until the last episode, but unfortunately, she just got 16th place.

In the same year, she ventured her wings by releasing a collaboration single alongside Chaewon called Clock. She also appeared in The God of Music 2 as a trainee.

In November 2016, Chaekyung finally got a chance to debut as a real K-Pop idol. She was announced that she became a part of APRIL.

Chaekyung made her first debut alongside APRIL when the group released Prelude, the 3rd album of them in January 2017.

1. The prettiest school girl ever

2. Who else looks prettier in a bridal dress?

3. Chaekyung looks so fresh while taking a trip

4. Her casual look is relaxing

5. Her beauty is so pure

APRIL’s Chaekyung may face a lot of ups and downs during reaching her dream to become a K-Pop idol. But eventually, her hard works were paid-off well. Keep it up, Chaekyung!