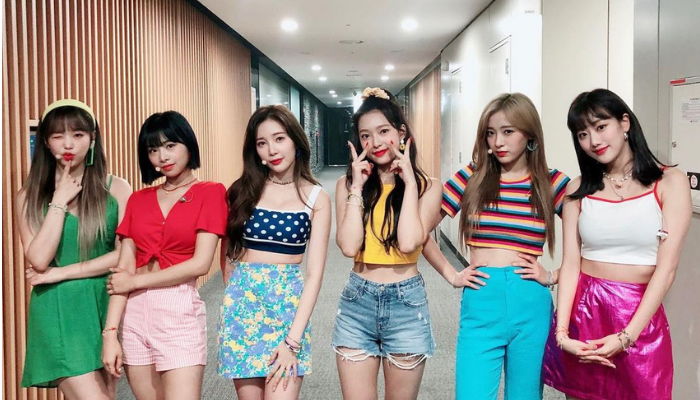 The girl group APRIL initially consisted of Somin, Hyunjoo, Jinsol, Yena, Naeun, and Chaewon. They made their first debut on August 24, 2015 by releasing the first EP called Dreaming.

APRIL itself can be interpreted by 2 words, ‘A’ and also ‘pril’.

The word ‘A’ has a meaning of their wish to be the best of K-Pop girl groups. Meanwhile, the word ‘pril’ has the meaning of they consist of the girls who are lovely.

Unfortunately, no longer after the group debuted, Somin, APRIL’s leader, left the group because of the concept of the group.

The other five members then continued to do group activities, such as releasing Boing Boing on November 25, 2015 and Snowman on December21, 2015.

APRIL then released Spring, their 2nd extended play on April 27, 2016 and has the main track called Tinkerbell. At that time, Hyunjoo got hiatus because of her health issue.

The hiatus of Hyunjoo was followed by her departure in October 2016. To replace her and Somin’s position, the agency decided to add Chaekyung and Rachel in November 2016.

Chaekyung then became the leader of the group. After adding the new members to the group, APRIL then made a release for Prelude, the 3d extended play in 2017.

The group then continued to hold a reality program called A-IF-Ril in April and April Secret in May.

The next EP, Eternity, then was released in September and contained the main single called Take My Hand.

The fifth EP of the group has the title of The Blue and was released on March 12, 2018. Then, the fifth EP continued by the next EP called The Ruby in October.

The seventh extended play, Da Capo, was released in 2019 and got the top position on Gaon Album Chart. Da Capo got 5th place and the lead track, Lalalilala got the 40th place.

APRIL has a lot of ups and downs during their journey. Starting from members’ departure, health issues, to the achievements they get. They deserve more recognition and love, so keep it up, APRIL!