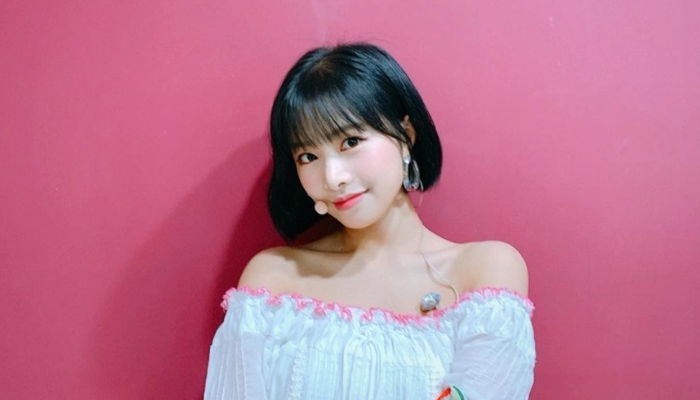 Chaewon’s career path is a little bit versatile. She started her career by joining a survival show called Kara Project in 2014 and ended up getting 4th rank.

After she successfully gained attention because of her appearance in that show, she finally made her actual first debut with APRIL.

Chaewon made her first debut with APRIL on August 24, 2015. At that time, the group released Dreaming, the 1st their mini-album.

One year after she debuted with the group, she made a collaboration project with her fellow member, Chaekyung. They released a single called Clock.

Chaewon then began to venture into her field by taking some participation in other projects. In 2017, she sang an OST for Strongest Deliveryman titled I Need You alongside Kisum.

In 2018, alongside Jinsol, she sang Begin Alone Again, an OST for Evergreen. And two years later, she finally sang an OST for drama More Than Friends, Sweet Dream, alongside J_ust.

1. Chaewon’s visual is no joke at all

2. A lovely dress for a lovely woman

3. Her travel outfit is really inspiring

4. Chaewon is so gorgeous

5. Her beauty is as beautiful as the scenery

Chaewon is one of the most versatile and talented K-Pop idols. She has her big charms, good personality, and tons of talents.