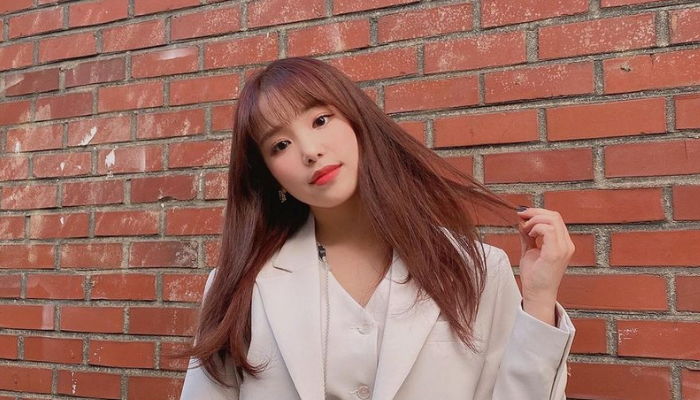 Already became a big fan of APRIL, Rachel didn’t join APRIL when the group made their first debut in 2015.

Besides, she joined APRIL in 2016 alongside Chaekyung, after Hyunjoo, the former member of APRIL, decided to leave the group.

After Rachel became an APRIL member, she trained to prepare her first debut as a member of APRIL.

Finally, she can debut in 2017 by releasing the 3rd mini-album of APRIL with the title Prelude.

Her fame and charms began to start in that year. Many K-Netz became curious about her dancing skill and also her personality as well.

So, in the same year, she got a chance to venturing her wings into the project outside the group.

She was trusted to be a host for the program called Operation to Rescue the Song with her fellow member, Yena.

1. How could somebody become this lovely

2. Her casual outfits is wonderful

3. She also becomes a baddie, too

Rachel is one of the female K-Pop idols with a smart brain, lovely visual, good personality, and also lots of talents, especially in dancing.

She is also generous with her fans, so how could not we love her more?