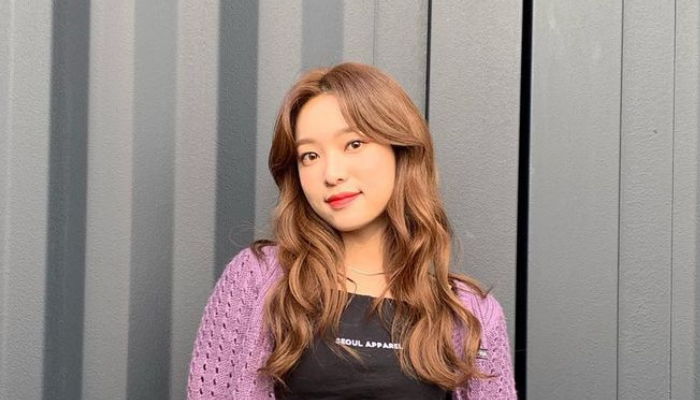 Yang Yena or well-known being called Yena started her journey to be a K-Pop idol when she auditioned for DSP Media several years ago.

At that time, she already showed her extravagant dance skills by doing dance moves, while the rest of APRIL’s members did a sing audition.

She passed the audition and started to become a trainee. After doing lots of hard work for approximately 8 months, she finally got a chance to debut.

The agency introduced her as a member of APRIL on July 23, 2015. After the reveal, she gained more attention from K-Netz.

Not only being active as an APRIL member but Yena also active in venturing her wings to do some projects outside the group.

Two years after she debuted, she was trusted to be a host for a program called Operation to Rescue the Song on March 17, 2017. At that time, she became a host alongside her fellow group, Rachel.

1. Perfect outfits to strolling around the dorm

2. How can not we impress her funky outfits

4. Touching her cheek is her favorite pose

5. A cutie pie pose for a portrait

Yena might be your ideal idol because of her amazing dance skill and her pretty face. But she’s more than that. She’s bright, athletic, and very fun, no wonder so many people falls for her.