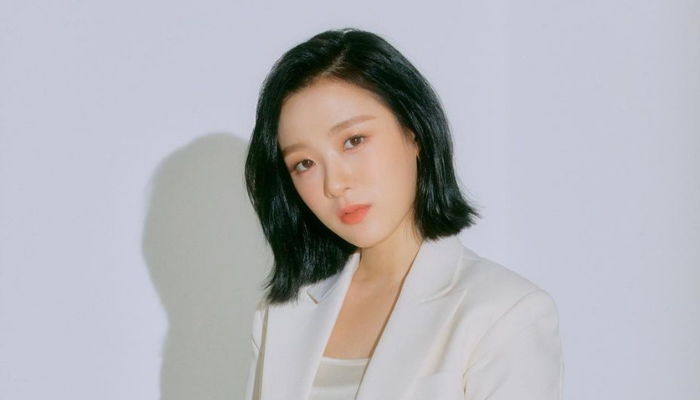 Initially, Jinsol wasn’t a DSP Media trainee before she debuted with APRIL in 2015.

She actually was a JYP Entertainment member. In that agency, she trained hard but eventually, she decided to leave.

After joining DSP Media, she became a trainee again for 8 months. On July 20, 2015, she finally was announced as a part of APRIL member.

In the same year, she was trusted to be a host for a program called Tok! Tok! Boni Hani, a kids program. In that show, she made an appearance as Hani.

Unfortunately, after a year of hosting the program, she left the program on August 23, 2017.

Two years after she left the program, she then venturing her wings into the acting industry in 2019, when she acted in Met You Again and The Guilty Secret.

1. She is really a cute person

2. She is even pretty in her casual T-shirt

3. Her short haircut looks so fresh in her

5. She looks hot with this outfit

Jinsol is an idol with full of potentials. She has a lot of talents, starting from singing, dancing, acting, hosting, and so many more. She is also brave and not afraid to take any challenges. Super!