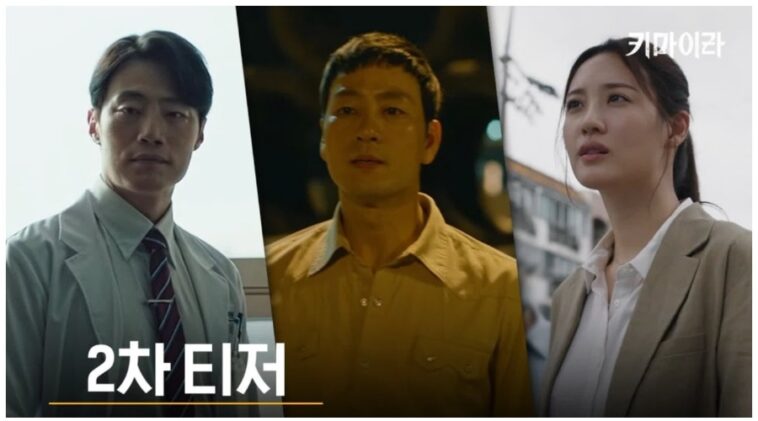 Chimera announced its release date, October 30, 2021, on the OCN network.

At the first, Chimera planned to be released in 2019 but just realized in 2021 after three years of long waiting.

Started his debut as a musical actor, Park Hae Soo return to Chimera after his success in Squid Game (2021). He also starred in dramas Legend of the Blue Sea (2016) and Prison Playbook (2018).

The other cast is Soo Hyun is known as Claudia Kim comeback after his last Korean drama titled Monster, four years ago. She becomes more famous after she acted as Nagini in Fantastic Beast: The Crimes of Grinde in 2018.

Chimera became Hee Jun’s third Korean drama in 2021 along with Vincenzo and Mouse in the same year. This series also became he reunite with Hae Soo after they cast in same Korean drama, The Legend of the Blue Sea (2016)

This thriller drama is aired on OCN every Saturday and Sunday at 22:30 KST and replaces the schedule of Dark Hole.

They gather to reveal a sudden explosion that has a relation with the past bombing continued with murder serial named Chimera.

Can they disclose this explosion when each other have their reason to reveal this crime or does one of them become one of the next victims?

Read more: Let Me Be Your Knight – Cast & Summary

A passionate detective from police that interested in the Chimera case. He will finish this case with help from Eugene and Lee Jong Yeop.

A criminal profiler who has worked with the FBI for a long time. She came back to Korea after being adopted and brought to America.

A surgeon from America that is also being adopted a long ago and brought to England by his foster parents.