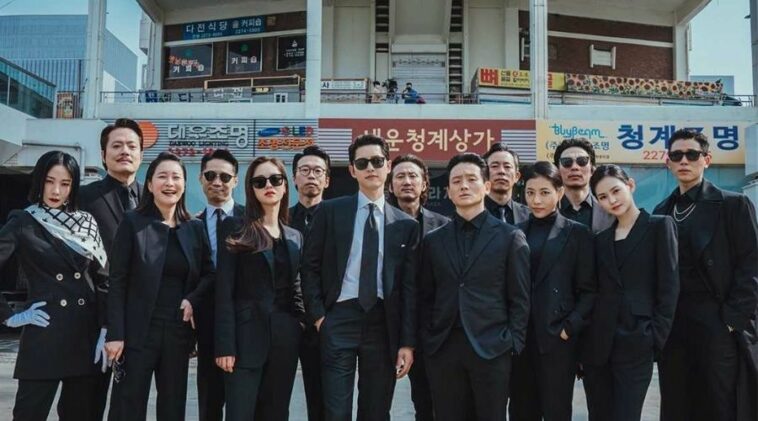 Song Joong Ki previously had become the main actor for Descendants of the Sun (2016) and Arthdal Chronicles (2019).

Vincenzo was aired every Saturday and Sunday on tvN at 21:00 KST, replacing the previous tvN drama, Mr. Queen.

But after he turned into an 8-years old little kid, he became an adopted son of a family. Since then, he left Korea and lives in Italy with his new family.

The time passes by and he becomes an adult. Vincenzo lives his daily life as a consigliere, a lawyer for the Mafia.

Someday, there is a grand war between his mafia group and another mafia group. Vincenzo then visits South Korea to solve the problem.

In Korea, he meets Hong Cha Young (Jeon Yeo Bin), a South Korean lawyer. She is an ambitious woman and will prioritize to be a winner for the case. Later, he falls in love with her.

An Italian consigliere who was adopted by the Cassano Family. Besides, he is also an owner of Geumga Plaza.

He flies to South Korea after there is a war between the mafia gang and involves with Cha Young to help her work for justice.

Initially, she was a lawyer for Wusang. She is also Hong Yoo Chan’s daughter.

Has a duality personality. He has a dumb and cheerful personality, but on the other side, he is truly evil.