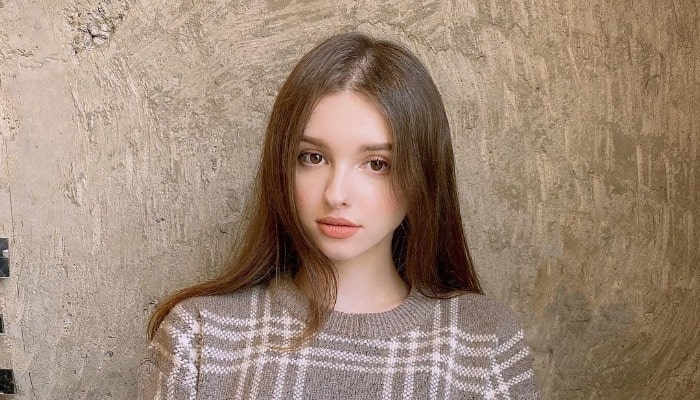 Coming from Uzbekistan, Elina Karimova moved to South Korea with her family at 4 years old. Since then, she has been based in Seoul and makes her career there.

Elina started to gain her popularity through Instagram. Her Barbie doll-like face with thick eyebrows and pointed nose makes her stand out among other South Korean influencer.

On the social media platform, the girl born in 1998 had uploaded many pictures showcasing her beautiful face and great body.

Her Instagram posts range from cute selfies, pictures of her daily life, to professional photoshoots.

Elina seems to have also worked with several brands. She could be seen modeling for clothing brands like PAIRING, 3double0, and Stretch Angels among many others.

She has always been interested in fashion. So this career choice fits perfectly for her. She has also tried to be more involved in content creation.

She has a Youtube channel where she uploads cover of popular songs like SOLO by Jennie, Boy With Luv by BTS, Thank U, Next by Ariana Grande, and many more.

She started sharing song covers since 2017. But her uploads on Youtube are few and far between.

On her TikTok account, she often shared videos of her dancing and lip syncing.  Her housemates Kelly Kim, Hyemin, Jongkey, and Jeon Changha often make appearance.

2. She is like an angel among the pink flowers

4. She looks beautiful with her hair up or down

5. Elina means business with this coat on

Elina Karimova is a beautiful girl with lots of talent. From singing to modeling, even content creation. No wonder she has many fans.