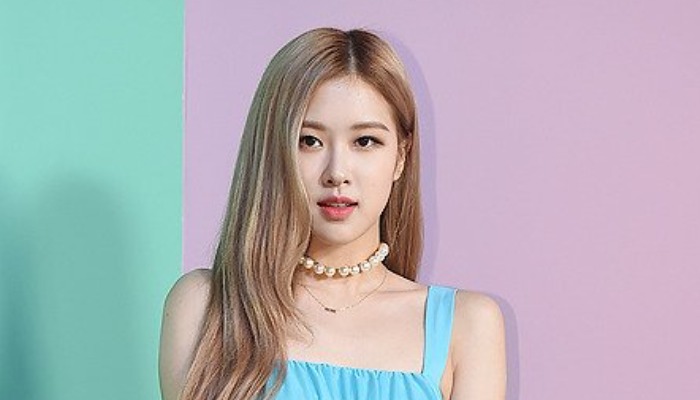 Roseanna Park or commonly known as Rose started her path as a Kpop idol after signing a contract with YG Entertainment in 2012.

She auditioned in Sydney, Australia when he was 15 years old and was ranked first out of 700 participants.

Rose was a YG Entertainment trainee for four years until her debut with BLACKPINK in August 2016.

Before she debuted with BLACKPINK, she participated in G-Dragon’s EP, Without You. However, her name was not made public because she would be announced as a BLACKPINK member.

Rose was announced to be a member of BLACKPINK in June 2016. Not long after, she also made her debut with BLACKPINK on August 8, 2016, with the release of the album Square One.

“I’m in the mood to cry. So beautiful.” (BLACKPINK House)

“Best when it’s the four of us”

“Vegetables should be crunchy and fresh. I don’t like avocado because it’s creamy and oily.”

“When you just feel the most hollow, life gives you sweets.”

“I am doing well in Korea. I will practice harder and become a great singer. I will make you proud. I love you.” (message to her Mom on King of Masked Singer)

”I think that being able to be vulnerable is the most independent thing someone can be at times”.

“Each one of them really cheered me on so much. It just made me realize how important encouragement was.” (Rosé speaking about her band mates support on her solo debut)

“Thanks to BLINKs who waited a long time, I was able to come as a solo. For as long as I prepared, I hope that BLINKs would like it. I want to see each one of you a lot and wish we could see each other quickly. Please look forward to the upcoming -R- activites.” (Rosé to Blinks)

“When listening to an LP, you can’t pick what to play. You have to listen to all the songs from beginning to end. It flows smoothly according to what the artist intended. One day, I hope I’ll be able to do something like that.”

“I just wanted my fans to kind of learn that I’m just as human as everybody else, and I can relate to a lot of things that everybody may be going through at this time.”

“Yesterday’s events have happened, and the things of tomorrow will come anyways, and I will do my best the next day again, too. So there is no need to worry.”

1. This is her style when she filmed Lovesick Girls music video

3. Rosé slays the audience with her tartan neck scarf

4. Cutie Rosé posing beautifully while sitting on the bench

5. The orange top match her outgoing personality as well

Rose is such a perfect Kpop idol. Her voice is angelic, her smile is enchanting, and her talent is amazing. Wish we can see her performs more in the future.