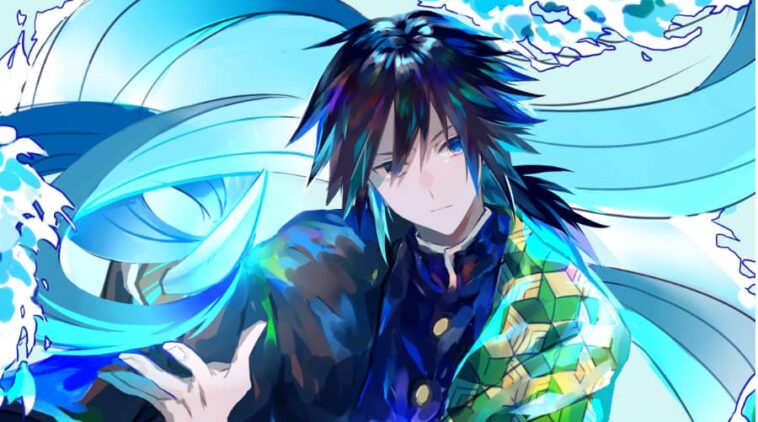 Giyu Tomioka is one of the most popular characters from Demon Slayer: Kimetsu no Yaiba. It’s no surprise that he has appeared since the beginning of the story, and he has an interesting personality.

Tomioka Giyu has a unique appearance. In this anime, he is described as a young man who has a thin and tall body. His hair is black and long. He often ties his hair back. His eyes are so firm with a dark blue color.

He can control and master the Breath of Water technique. He is also able to conquer Akaza and can master 10 techniques. In fact, he was also able to develop the next technique, the 11th technique.

“Don’t cry. Don’t despair. Now’s not the time for that. I know you’re devastated. Your family was massacred, and your sister became a demon. I know it’s painful. I know you want to scream. I get it. If only I’d gotten here a half-day sooner, your family might not have ended up dead. But there’s no way to turn back time. Feel the rage. The powerful pure rage of not being able to forgive will become your unswerving drive to take action!”

“Why did I forget that exchange with Sabito? It’s important. I didn’t want to remember because my tears would never stop. When I did remember, I was so sad I couldn’t do anything. Tsutako. Sabito. I’m sorry I’m so immature.

“I really don’t want to draw my sword. And I don’t like to fight anyone for amusement. But now, for the first time in a long while, I’m up against a strong opponent who can overwhelm me and I realize that my senses have been sharply honed in a short time. Senses that were closed off to me have been awakened and dragged out to the place where my strong opponent stands. Now I understand how the intense struggle to survive increases in one’s skills.”

“I must pass on what was entrusted to me. Never again will I let family and friends die before my eyes. I’ll save him. I will save Tanjiro the same way I was saved.”

“Go back and train harder, fool!!”

“Do not let others hold the right to decide if you live or die!!”

Although Giyu Tomioka was thin and tall, he was very good with a sword. On top of that, he also had outstanding breathing techniques.