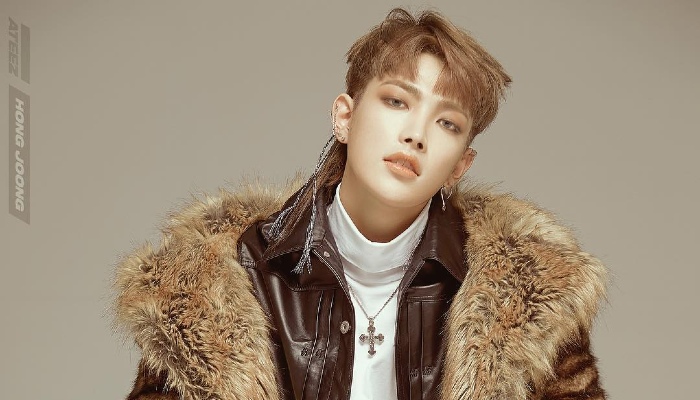 Hongjoong has always dreamed of becoming an artist. He wanted to follow the footstep of his idol Block B.

To do so, he decided to send a letter and a sample mixtape to KQ Entertainment, the company who manages Block B.

Impressed by Hongjoong’s creation, KQ Entertainment invited him to become their very first trainee. Over the years, more and more trainees would join him as well.

In 2017, this rapper participated in a survival reality show MIXNINE. He was eventually eliminated by the tenth episode, ranking 42 overall.

Hongjoong later on became the leader of new boy group KQ Fellaz. Prior to their debut, the eight members made an appearance in web-series KQ Fellaz American Training.

For the final episode, a single titled From was released. The song was composed by Hongjoong himself.

The name KQ Fellaz was eventually changed to ATEEZ. On October 2018, this Scorpio man finally made his debut with the group.

They released the EP titled Treasure: All to Zero. Two music videos for Pirate King and Treasure were also released on the same day.

Over the years, ATEEZ continued to release several more EPs and studio albums. Their first studio album Treasure: All to Action was released in October 2019.

Hongjoong was involved in co-writing the lead single Wonderland. The album became their first to top the Gaon Albums Chart.

1. Hongjoong is out enjoying a picnic

2. His face is very fair and flawless

3. He has amazing stage presence

5. Hongjoong has got some interesting style

Hongjoong has come a long way since his days as trainees. His contribution in ATEEZ is massive. It’s exciting to see what he will do next.