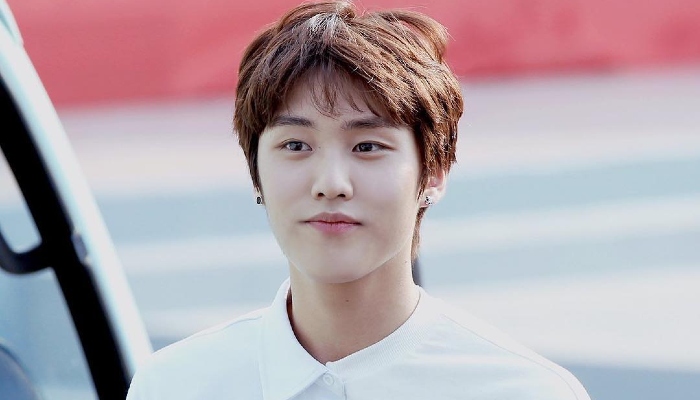 Jacob always has a huge determination to join the music and entertainment industry.

In July 2015, he went to South Korea from Canada to audition for LOEN Entertainment. He passed the audition and joined the agency two months later.

After 3 years of training, this singer became part of new group The Boyz.

This group is under the agency music division Cre.ker Entertainment. Jacob was introduced along with the other members in mid-2017.

This Gemini man made his debut with the group in December 2017. The Boyz released the EP The First. The album managed to debut at number 3 on Gaon Album Chart.

In 2020, Jacob and his fellow members released their first studio album titled Reveal. The song of the same name served as the title track.

This album was well received by the public and got to number 1 on Gaon Album Chart.

Other than being a vocalist, this K-pop Idol also has talent in songwriting. He has participated in writing various songs since The Boyz’s first album.

3. This K-pop Idol has great sense of style

4. He can look absolutely badass

5. Jacob also has his sweet side

Jacob is an amazing vocalist for The Boyz. He is also incredibly talented in songwriting.