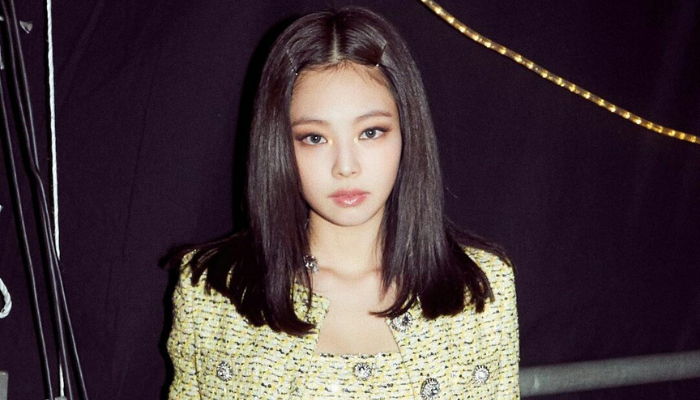 Before her name was publicly known as a member of the Korean girl group, BLACKPINK, Jennie had studied in New Zealand for five years and finally returned to South Korea in 2010.

Jennie first caught the public’s heart when her photo was posted on the YG Entertainment blog in 2012. In August of the same year, the agency announced that Jennie was their trainee.

Before Jennie debuted with BLACKPINK, she appeared in several music videos, such as That XX by G-Dragon.

In 2016, Jennie finally became the first member of BLACKPINK to be revealed, with the singles Boombayah and Whistle topping the South Korean music charts in a short time.

Two years later, Jennie debuted as a solo artist with her popular song, Solo. The song was a huge success both on a national and international scale.

”I am way too hungry to remember the name of the song.”

”I was planning on giving her… a big…slap in her face.”

“Say life’s a bitch but mine’s a movie.”

“Got my mind on the money and the money on my mind.”

“Feelin’ like a sinner, it’s so fire with him I go boo hoo.”

“His love is my favorite.”

”BLACKPINK is the best with four members.”

“I honestly wish all four of us could shine together as a group.” [1]

“I want to wear a bikini and ride a horse along the beach.”

“Heechul looks like someone from a comic book … I don’t enjoy comic books.”

“Rosie Posie did it again!”

“We would perform 10 more songs if we had any.”

“I only fuck you when it’s half past five~”

“I do not wear clothes.”

“Love isn’t about the gender, It’s how you feel to that person”

“Being attractive to different genders is something that we shouldn’t close.”

“I don’t think it (love) necessarily has to be directed with a guy.”

”Enjoy living life to the fullest.”

“Stay away from negative people. They have a problem for every solution.”

“No doctor could help when I’m lovesick.”

”Do you know any cities in New Zealand?”

”Are we sponsored by Samsung?”

“Too much is as bad as too little”

“All eyes on me when I step in the room.”

“Watch your mouth when you speak my name, Jennie.”

“You say I’m good because you’re a Blink. Everyone, don’t think like that. The way you look at me and the way the world looks at me can be different.”

“Blackpink is number one. We will continue to work hard to revive much love and support from fans.”

“Cut out your heart and show me confidently, sometimes chic, chic, so hot, so hot make me not know what to do, softly call out to me like a whistle in my ear.”

”Guys, that’s like the most basic question, you guys should know that already about me cuz it’s black and I don’t even have to say it.”

1. Jennie wears a dress in her favorite color, pink

2. Her hairstyle and make-up match perfectly

3. Look how hot she is in this outfit

4. Taking pictures in the elevator isn’t a problem for her, since she’s an icon

Her confidence, style, talents are the perfect combination of an idol. No matter, her fans are really rooting for her in their everyday life.