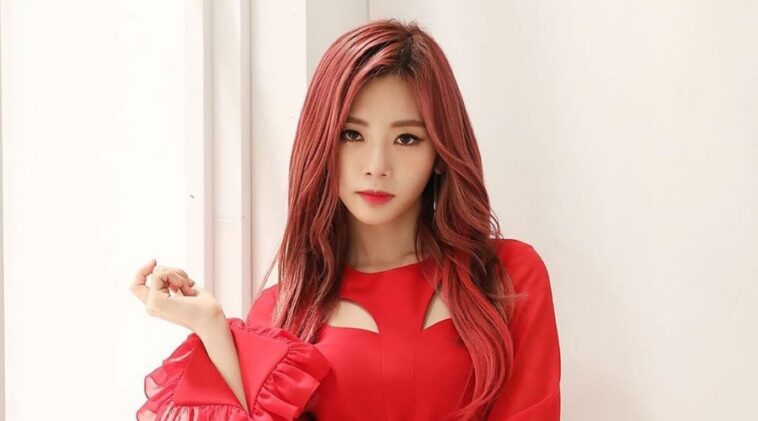 Before JiU’s big charm magnetizes a lot of K-Pop fans out there as a member of Dreamcatcher, she initially started her career earlier before she debuted with the group.

She was known as a part of a girl group called MINX several years ago.

On 18th September 2014, she made her first debut with MINX and released their debut single, Why Did You Come to My Home?

Two years later, the agency that formed MINX confirmed that the group would make a rebranding and re-debut with a different name, Dreamcatcher.

The new branding also would add 2 members, Handong and Gahyeon.

After waiting for some time, JiU finally can debut again in a new girl group, Dreamcatcher, on January 13, 2017. At that time, she and her group released the first EP called Nightmare.

In the same year in October, JiU, Yoohyeon, Siyeon, and Dami joined a reality show called MIXNINE as a contestant. But two months later, JiU and her 3 partners left the show because of the schedule.

2. Her boldness is emphasized by her outfits and make-up

3. Look how fierce her stare is

4. She is really good-looking with her pink jacket and pink-stroke hair

5. JiU looks so bold even when she wears a girly dress.

JiU’s bold style has magnetized everyone who is attracted to the K-Pop industry. She’s bold, brave, but she’s also bright. No wonder everyone is looking up to her every time.