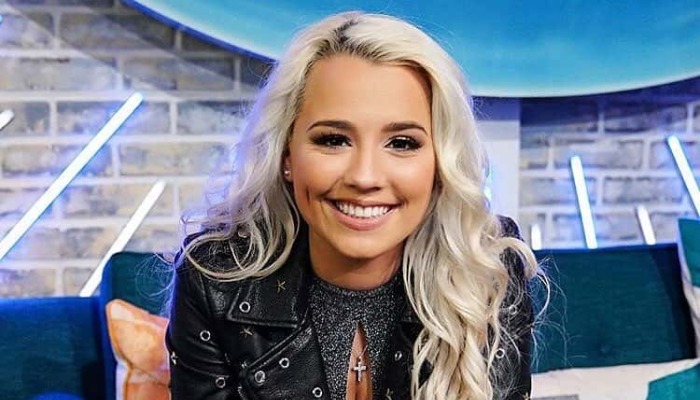 Gabby Barrett embarked on her singing journey in a gospel choir. She has been working towards her musical career when she was nine years old.

At the age of 14, she joined Lamb of God Christian Ministries, an all-black choir. In the same year, she won a singing competition named the Kean Quest Talent Search.

In 2018, she became a participant in American Idol Season 16. It was such a huge highlight for Gabby. She finished third in the singing competition.

Then, she partnered with Allen Foster to produce an EP named The Fireflies. It consists of three songs: Missin’ Love, Your Name On It, and Fireflies.

She released her debut single independently titled I Hope. It became a major success as it ranked #3 on the Billboard Hot 100 and got multiple platinum.

The single also brought her to win Breakthrough Video of the Year from the CMT Music Awards. Then, she launched the remix version with Charlie Puth.

2. Her performance is always outstanding

3. A selfie from Gabby Barrett!

4. The black overall looks elegant on her

5. No wonder everyone calls Gabby a fashionista. This look is gorgeous

Gabby Barrett doen not only have an amazing vocal prowess, but she is also an inspiring artist who shows her willingness and honesty through songwriting.