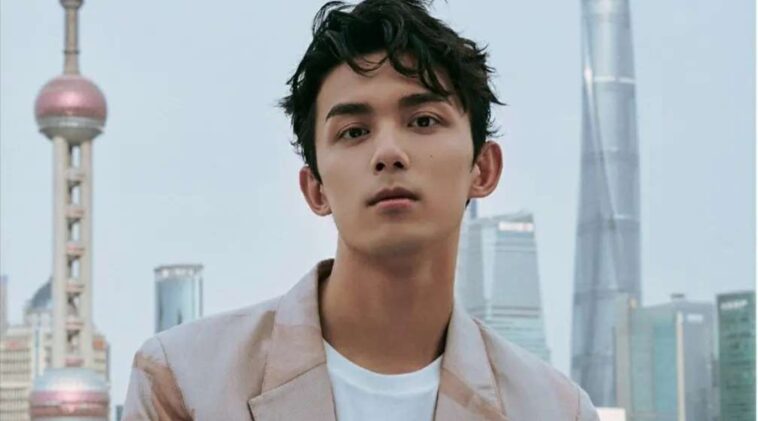 Leo Wu has been in the entertainment industry since he was young. He started out in 2002, appearing in a commercial for dietary supplement brand.

In only two years since then, he has appeared in more than 50 commercials.

In 2007, this young boy had his acting debut in the TV drama The Legend and the Hero. He then continued to take more roles in children dramas over the years.

He starred in Home with Aliens, Little Heroes, and also Naughty boy Xiaotiao Ma. The latter gave him the Outstanding Child Actor award at the Flying Apsaras Awards.

This resulted in more recognition for the young actor, even earning him the nickname China’s Little Brother.

His popularity began to rise even more in 2015. He got a role in web drama Pal Inn which gained more than 300 million views.

Leo then followed it up with more hit series The Whirlwind Girl and Nirvana in Fire. He also got his first leading role in 2017 for the web drama Magic Star.

2. The blue suit fits him well

3. He looks so handsome up close

5. Leo is enjoying the beauty of nature

Leo has worked really hard in the entertainment industry since childhood. He is able to manage his fame and becomes very successful as the result.