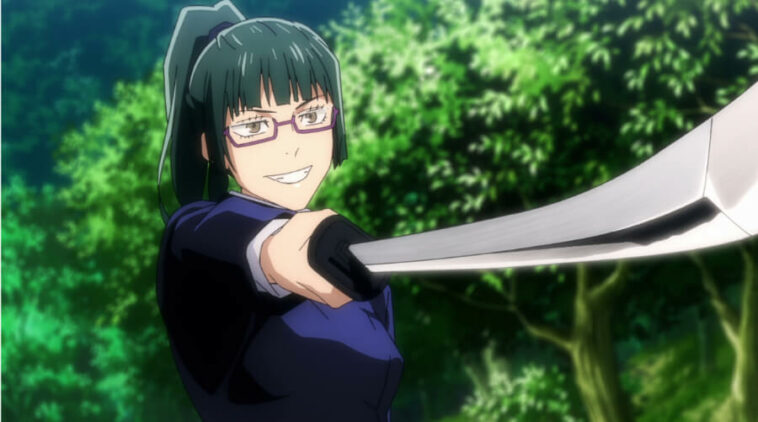 Maki Zenin is one of the most interesting and unique characters in the Jujutsu Kaisen anime. She is a 2nd year student at Tokyo Jujutsu High School, who comes from the Zenin clan.

Maki has no cursed energy, so she is ostracized by her own family. She was also thought to be unable to become a great magician.

Eventually, Maki decides to leave her home and study to become a powerful witch despite her own family’s opposition.

She has a very stubborn disposition and is strong-willed, capable and highly motivated to become a powerful witch and escape her family’s thoughts.

Maki is described as a young woman who has a tall and athletic body. She has small golden eyes and long black hair. She also used to sport different pairs of glasses that allowed her to see curses.

“I left the Zenin clan to change my future if I had staayed there at the bottom, I would’ve hated myself if Idid that”

Although Maki Zenin was ostracized by her own family for not being able to see the cursed energy, she always tried hard to prove to them that she deserved to be a leader.