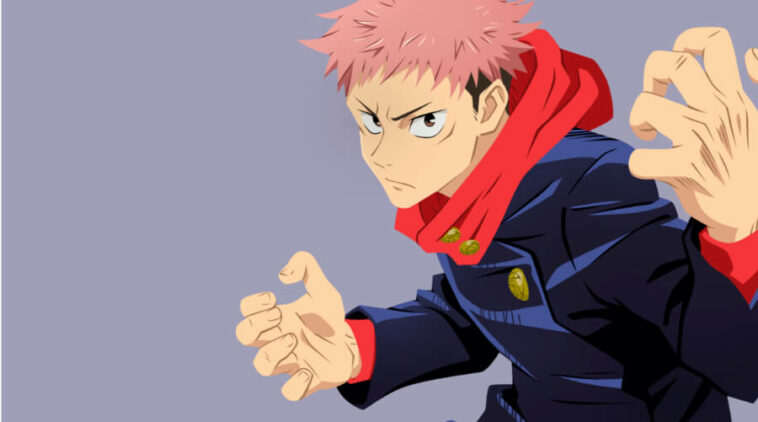 Yuji Itadori is the main protagonist in the manga and anime titled Jujutsu Kaisen. He is the son of Jin Itadori and grandson of Wasuke Itadori who lived a normal life until he met Megumi and ate one of Sukuna’s fingers.

Karakternyata turns out to be a person who really cares about others, even besides his friends.

He is described as a young man of average height and appears to have a slender build. He once wore baggy clothes, but actually has a lean and muscular physique.

When he became Sukuna’s vessel after eating his finger, he gained a second pair of eyes that only opened when Sukuna controlled his body.

“As a kid, I was always better than most in sports and in fights. But never once did I think ‘this is something only I can do’. Never! [..] Consuming Sukuna is something only I can do! So even if I could escape my death sentence and run away from this responsibility, then someday I’d be eating food, taking a bath, or reading manga. And the moment I stop to think, I’d go ‘Oh, I bet that right now, somewhere out there, someone is dying because of Sukuna. But that doesn’t concern me. It’s certaintly not my fault’. You expect me to tell myself that? Well, I refuse to do that. I don’t know how I’ll feel when I’m dying, but… I won’t regret the way I lived!”

“At first, it just kinda happened”

“What if you made me even dumber than I already  am?!”

“I figured you’d be the best one to train me”

“Consuming Sakuna is something only I can do”

“What do you think you’re doing with my body?”

“Even if you come back as another curse, I’ll kill you”

“I won’t regret the way lived”

“Like this… If I kill someone, the value of their life will become ambiguous. I won’t know the importance of the people close to me”.

“I don’t know what a proper death is, but when I find out and kill that person. I won’t lose again”

Despite being the vessel of Sukuna, Yuji Itadori can still showcase his amazing skills including martial arts. In addition, he can also sleep well.