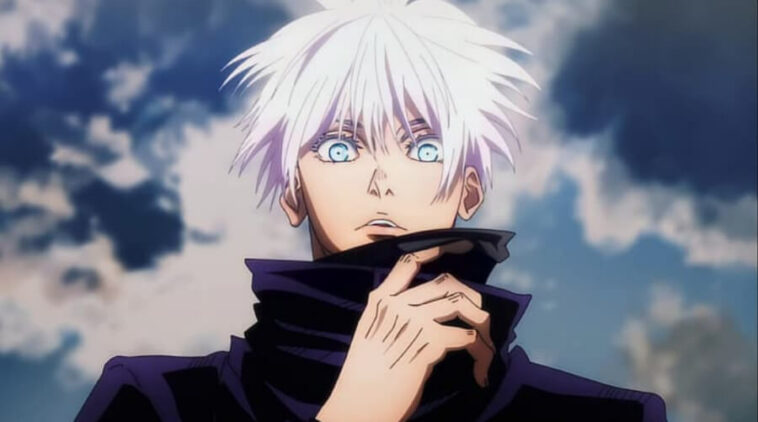 Satoru Gojo is one of the famous protagonists in the fantasy anime, titled Jujutsu Kaisen.

He is a sensei in Tokyo Jujutsu and Jujutsu Sorcerer High School who has the most superpowers among other anime characters, especially in the Jujutsu Keisen anime.

It is said to be the most powerful, because he has the power with an innate technique, namely infinity. The technique makes him manipulate the space between him and all his enemies.

As a result, thanks to the infinity technique, he is not exposed to any physical attacks made by the enemy.

Besides that, he also has the strength of Ryoiki Tenkai and Rigukan which makes him even more invincible.

At the beginning of his appearance, Satoru Gojo was an aggressive and cold-blooded fighter, so he always made deadly attacks without mercy.

However, since his best friend named Suguru died, he began to become a fighter who was more human-spirited and not as cold as before.

Satoru Gojo is also known as a mysterious anime character, because he always covers his blue eyes with a cloth or glasses.

“Dying to win and risking death to win are completely different, Megumi”.

“Searching for someone to blame is just a pain”.

“My six eyes say that you are Suguru Geto, but my soul says otherwise! Quick answer, who exactly are you!”.

“I’m sorry Amanai, I’m not angry because of you, I don’t hate anyone.”

“It seems that I am still not strong enough, I can only save those who are ready to be saved.”

“But no matter how many allies you have around you, when you die, you’ll be alone.

“I’ve always been a nice guy who cares for my students”.

“It’ll be fine. I’m the strongest there is, after all”.

“I think playing 99 years momotaro dentetsu is more difficult, after all you’re here too right?”

“You lost because you didn’t cut off my head and you didn’t use that curse tool when you stabbed me in the head.”

I didn’t say to come back for it, I said to leave it behind”.

“I didn’t say to come back for it, I said to leave it behind”.

“If you die again I’ll kill you myself”.

“I was surprised, you thought you could beat me, using that dandruff you call your brain.”

“Don’t bother, I’m not running away anywhere. If I run away, you will kill everyone here right?”

Although he is called a cold character because he can crush enemies without mercy, it turns out that Satoru is a jolly figure and likes to be funny.