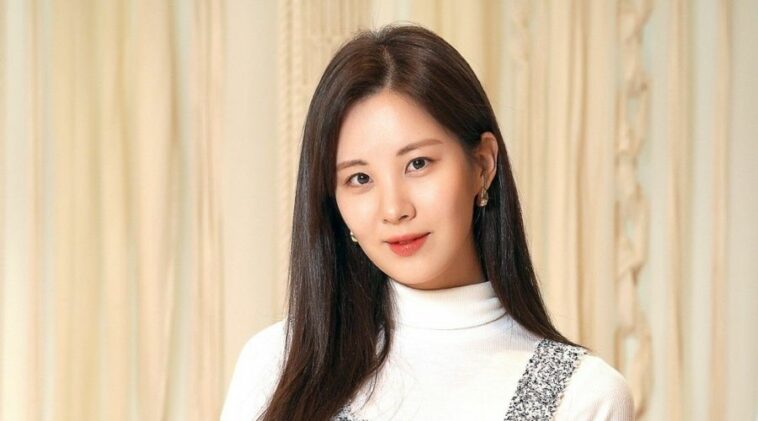 Seohyun became wildly popular after debuting as one of the members of Girls’ Generation (SNSD) in August 2007 and releasing the popular song, Gee, two years later in 2009.

Three years after she debuted with SNSD, this Cancer actress started her solo career in a reality show, We Got Married Season 2 (2010) alongside Yonghwa from CNBLUE.

Many people praises their chemistry on that show, which led them to win an award as Most Popular Couple for the 2010 MBC Entertainment Awards.

In that year, Seohyun also was trusted to be a voice dubber for the animation movie, Despicable Me, in the Korean version.

One year later, in 2012, she formed a subgroup from SNSD alongside Tiffany and Taeyeon, TTS, and debuted with Twinkle EP.

In 2016, Seohyun came back to make a performance in a hit Korean historical drama, Moon Lovers: Scarlet Heart Ryeo which gave her an award at the 2016 SBS Drama Awards.

Those acting appearances were then followed by her acting in Ruby Ruby Love (2017) and Bad Thied, Good Thief (2017).

After her contract with SM Entertainment was terminated in 2017, Seohyun left the agency and signed with another agency, Namoo Actors, in 2019.

Seohyun has been facing a lot of experiences since she debuted several years ago. She is very resourceful, smart, and confident. Agree?